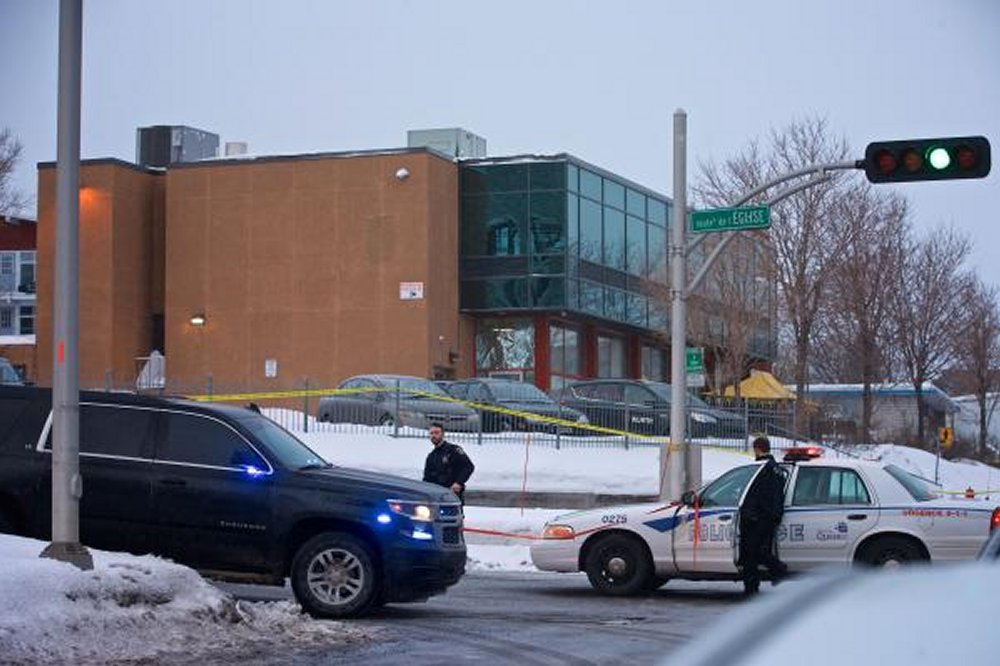 Canadian police said they detained two men — one suspect and one witness — following the deadly shooting on the Quebec Islamic Cultural Center that killed six people.

Police initially said two suspects were arrested after the shooting, from which five people are in critical condition, but on Monday clarified that one person is an arrested suspect while the other is a detained witness. The suspect was arrested at the scene, while the witness was detained after he called 911, police said.

Authorities said both men had no prior police record and are believed to be in their 20s or early 30s. Officials said they are working to establish a motive but would not disclose details, citing an ongoing investigation.

During a speech to House of Commons, Prime Minister Justin Trudeau told Canada’s Muslim population: “We are with you.”

“Canadians will not be broken by this violence,” Trudeau said . “We will not close our minds, we will open our hearts.”

More than 50 people were inside the mosque when shots first fired. The deceased are aged from 35 years to 70.

“Last night’s horrible crime against the Muslim community was an act of terror committed against Canada, and against all Canadians,” Trudeau added. “Such senseless violence has no place in Canadian society.”