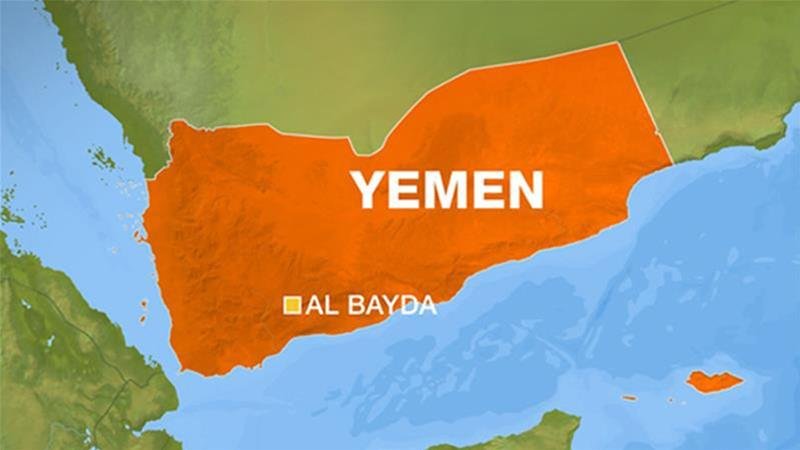 Dawn raids by US drones and helicopters have killed at least 20 people in Yemen, including civilians and three tribal chiefs reported to have links to al-Qaeda, local sources say.

A source told Al Jazeera that at least six homes were destroyed and a number civilians were trapped under the rubble in Yakla district, in the southern province of al-Bayda.

Eight women and eight children were among those killed, a provincial official, who did not want to be named, and tribal sources told the AFP news agency.

The killed al-Qaeda figures were identified as brothers Abdulraouf and Sultan al-Zahab and Saif Alawi al-Jawfi.

Three US helicopters were reportedly involved in the attacks, firing missiles and helicopter machine guns.

There was no comment from Washington on the raids.

The operation was the first in Yemen attributed to the US since President Donald Trump took office on January 20.

The US has stepped up its use of drone strikes in recent years and is the only force known to be operating drones over Yemen.

Al-Qaeda and the Islamic State of Iraq and the Levant (ISIL, known as ISIS) have exploited Yemen’s two-year war to carry out assassinations and bombings, mostly in lawless areas in the south.

According to the UN, more than 10,000 people have died – nearly half of them civilians – since a Saudi-led coalition launched air strikes on Yemen in March 2015.

U.S. military unsure how many civilians killed in Yemen raid