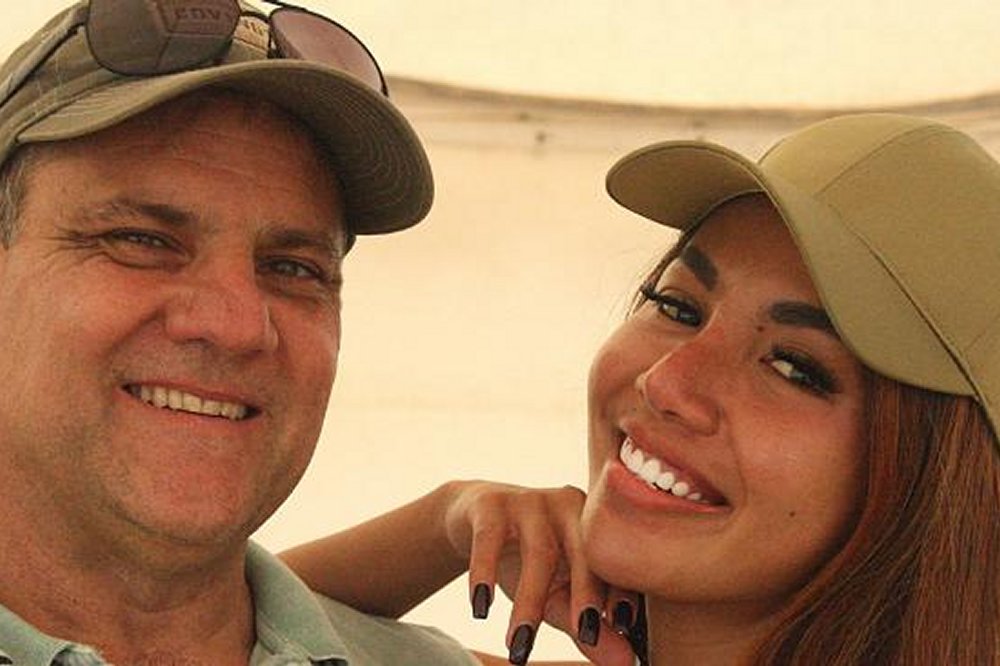 A woman who died in an Australia Day plane crash on Perth’s Swan River uploaded footage of her final moments from inside the aircraft to social media just before tragedy struck.

Pilot and father of three, Peter Lynch, 52 and his partner Endah Cakrawati, 30, were alone in the 1948 Grumman G-73 Mallard seaplane when it crashed in front of up to 60,000 witnesses who were gathering to watch an annual fireworks display.

News.com.au can reveal that Ms Cakrawati documented the moments leading up to and during the doomed flight and posted them to her Instagram account before she was killed.

The footage shows Ms Cakrawati smiling and chatting about the flight they were taking, as part of an airshow.

“(We’re) in Perth and we are ready to go for Skyworks today,” Ms Cakrawati tells her followers from inside the plane before takeoff.

The next frame shows the plane’s propeller starting up through the passenger window that Ms Cakrawati was believed to be sitting in, and the caption “off”.

She flips the camera to ‘selfie mode’ as the plane takes off and posts the caption “display soon” — in reference to the aerial display they were scheduled to appear in for Australia Day.

Ms Cakrawati talks to the camera some more before signing off with her last words to be captured on film: “wish me luck,” she said.

Soon after, the plane crashed into the Swan River and boat broke up on impact, in front of horrified families.

Vision taken by shocked witnesses on their phones and posted on social media showed a huge plume of water as the plane hit nose-first.

“The plane seemed to be banking and then it looked like it was turning too sharply and just seemed to fall into the water,” witness Mark Annette-Stuart told AAP.

“I was standing with my back to the waters, looking to the south at the jetty, with a live feed in my ear, talking to the news channels and talking live to the people of Western Australia when I heard a change in the tone of the aeroplane that was above my head,” he said.
“And the people in front of me were clearly distracted by what they could see and I turned, after I had finished speaking in my short piece, to see that the plane had crashed, that it clearly had broken at least in two significant parts, and was sinking very quickly.

“The water was for clear … So the first two water police boats and a couple of other — which I think were private citizen boats — were right on the scene within two or three minutes.”

He said it was understood the couple died on impact.

“We were unable to rescue these two people and they’ve lost their lives,” Mr Brown said.

Mr Brown said there was not yet an indication of what went wrong.

“We need to know the facts and precisely what happened and why, so we can fix it, if it needs fixing into the future,” he said.

“It may just be a tragic accident and we have to let these people, who are very professional, do their work and report back to us and as soon as we know we will tell the community of Western Australia.”

The crash came just hours before the scheduled Australia Day fireworks, which were cancelled in the wake of the tragedy.

Perth Mayor Lisa Scaffidi said Mr Lynch had “remodelled” the twin-engine plane and had flown it across the United States then across the Pacific Ocean to Australia.

“Who would have figured that it would … be ultimately part of the end of his life,” Scaffidi told reporters.

Investigators have not given a reason for the accident.

The Australian Transport Safety Bureau’s investigation into the accident could take 12 months to complete, although a preliminary update is expected in 30 days.