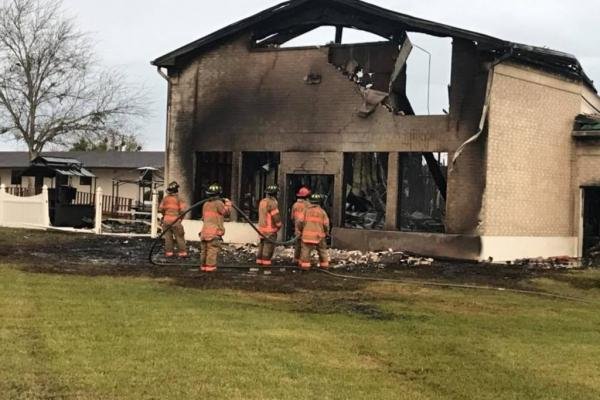 An early morning fire ripped through a Texas mosque, leveling the building as horrified congregation members watched from the street.

Members of the Islamic Center of Victoria, located about 125 miles from Houston, vowed to rebuild. The fire burned so intensely that firefighters could only spray water from nearby ladders to control the flames. Fire investigators are trying to determine the cause. No one was injured.

“It’s a house of worship,” Shahid Hashmi, president of the center, said.

The fire was reported about 2 a.m. after a worker at a nearby convenience store noticed smoke and flames. By 6 a.m., the local fire marshal’s office was investigating. The office has requested assistance from state fire investigators and the federal Bureau of Alcohol, Tobacco, Firearms and Explosive

Members of the congregation held prayers on an nearby sidewalk as investigators began work. The congregation set up a fundraising page with an aim at raising $450,000.

Iraqi refugee, one of two held at JFK, is released