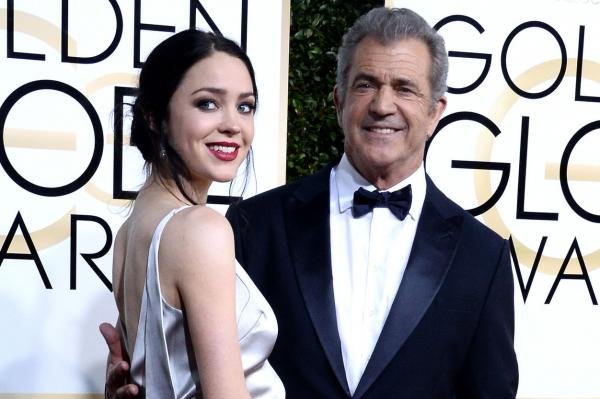 Mel Gibson and girlfriend Rosalind Ross welcomed their first child together, a son. The actor’s rep confirmed the news to People that Lars Gerard Gibson was born Friday in Los Angeles.

This will be the Hackshaw Ridge director’s 9th child. Gibson fathered daughter Lucia in 2009 with former girlfriend Oksana Grigorieva. He was previously married to Robyn Moore — the mother of seven of his children — for 26 years before they split up in 2006.

“They’re thrilled and Lars is adorable,” a source told People. “Their family is all around them and Mel is over the moon. They’re home and everybody is healthy and happy!”

Gibson, 60, and Ross, 26, announced they were having a child together in September after dating for two years.

The Lethal Weapon actor recently said in an interview with Extra that he was not nervous about having another child.

“I think my adrenals are worn out so I don’t even react anymore,” he joked.

Iranian director may be banned from Oscars after Trump immigration order