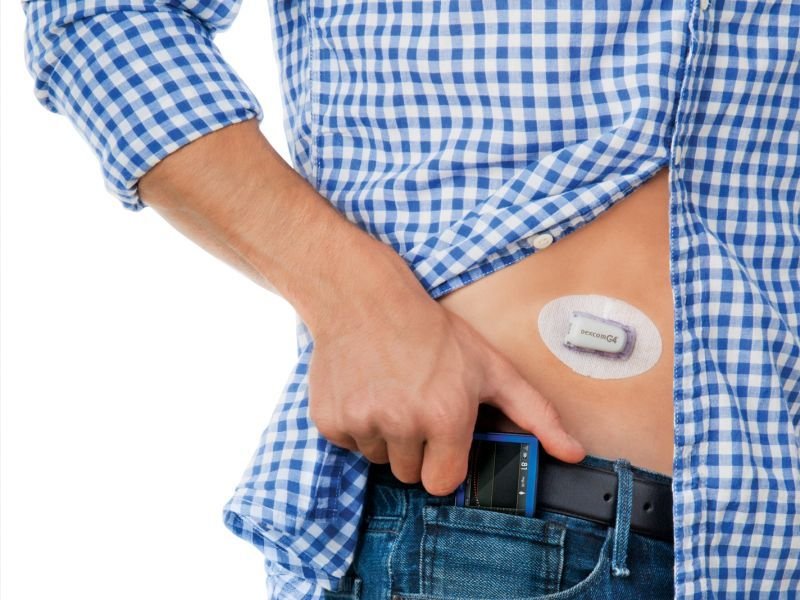 Also known as a CGM, the device constantly measures and reports a person’s blood sugar levels. It does this via a thin wire sensor that’s inserted underneath the skin, a transmitter worn on top of the skin, and a receiver (or smartphone) to gather the information.

“Few treatment options exist in the type 1 diabetes field. CGM is a treatment option that [people] should test if they have the option,” said Dr. Marcus Lind, lead researcher on one of the studies. He’s the chief physician of diabetology at Uddevalla Hospital in Sweden.

However, using insulin is a difficult balancing act — too much or too little can cause problems, even life-threatening ones.

Aaron Kowalski is vice president of research for JDRF (formerly the Juvenile Diabetes Research Foundation). He noted, “Insulin is a dangerous but necessary drug for people with type 1 diabetes. These studies provide additional support for CGMs, which have been getting better and better. There’s no doubt that someone on insulin will benefit from these devices.”

When blood sugar levels go out of range — either too high or too low — a CGM’s receiver sends an alarm, alerting the person with diabetes (or a parent for babies and children with diabetes) to the problem.

This is important because when blood sugar levels drop too low, people with diabetes can become disoriented, and if levels drop even further, they may pass out. Blood sugar levels that are too high and left untreated over time can cause complications such as kidney troubles, eye problems and heart disease.

Both studies used the Dexcom G4 CGM, and were funded by the manufacturer, Dexcom Inc. All participants used insulin shots to manage their type 1 diabetes.

The study led by Lind included 161 people with type 1 diabetes at 15 diabetes clinics in Sweden. Their average age was 44. The patients were randomly assigned to one of two groups.

The second study was led by Dr. Roy Beck, executive director of the Jaeb Center for Health Research in Tampa, Fla. This study included 158 patients. Their average age was 48. They were treated at 24 endocrinology practices across the country.

These volunteers were randomly given 24 weeks of CGM therapy or conventional therapy.

In both studies, blood sugar levels improved in both groups of patients. HbA1C levels dropped for those using CGMs. HbA1C is often called A1C for short. This test measures an average blood sugar level over the past two to three months. The results are expressed as a percentage. The American Diabetes Association goal for adults with diabetes is to get below 7 percent.

“The satisfaction in our study was extremely high. CGMs have gotten smaller and more accurate. The benefits are greater and the hassles are less. It’s worth it to carry around another device,” Beck said.

The two studies were published Jan. 24 in Journal of the American Medical Association.

Learn more about type 1 diabetes from the American Diabetes Association.