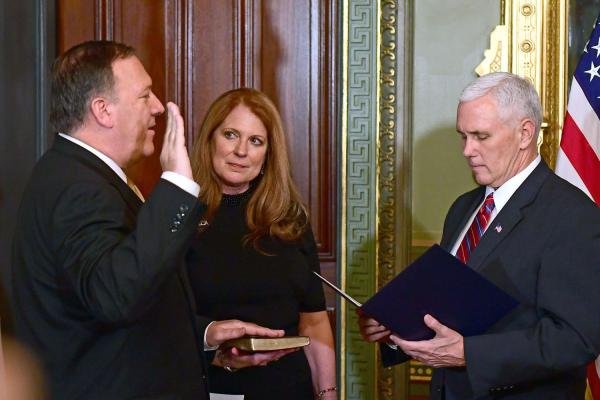 The upper chamber cleared the congressman as the next director of central intelligence. Pompeo replaces John Brennan, who served under former President Barack Obama for nearly four years.

Pompeo had a relatively easy confirmation process. He won confirmation earlier this month from the Senate Committee on Intelligence after a day of questioning.

During his Jan. 12 hearing, Pompeo promised that the spy agency will not seek a return to harsher interrogation techniques, such as those criticized under the administration of former President George W. Bush.

“Absolutely not,” he said when asked if he would obey a president’s order to use methods like waterboarding, or simulated drowning. “I can’t imagine that I would be asked that.

“I’ll always comply with the law.”

Pompeo, 53, served in the U.S. Army for five years before beginning a legal career. He took office in the House in 2011.

The lawmaker also said during his hearing that he thinks a U.S. intelligence report implicating Moscow in U.S. electoral interference is “sound,” and added that he believes the Kremlin is a legitimate threat to Europe.

Pompeo also pledged to make sure Iran complies with its 2015 nuclear deal, a pact he voted against as a member of the House.

The Kansas representative is the third member of Trump’s administration to be confirmed by a full senate vote. Defense Secretary James Mattis and Homeland Security Secretary John Kelly were approved Friday.

State of emergency declared in California after weeks of rain

At least three dead after tornado rips through Mississippi