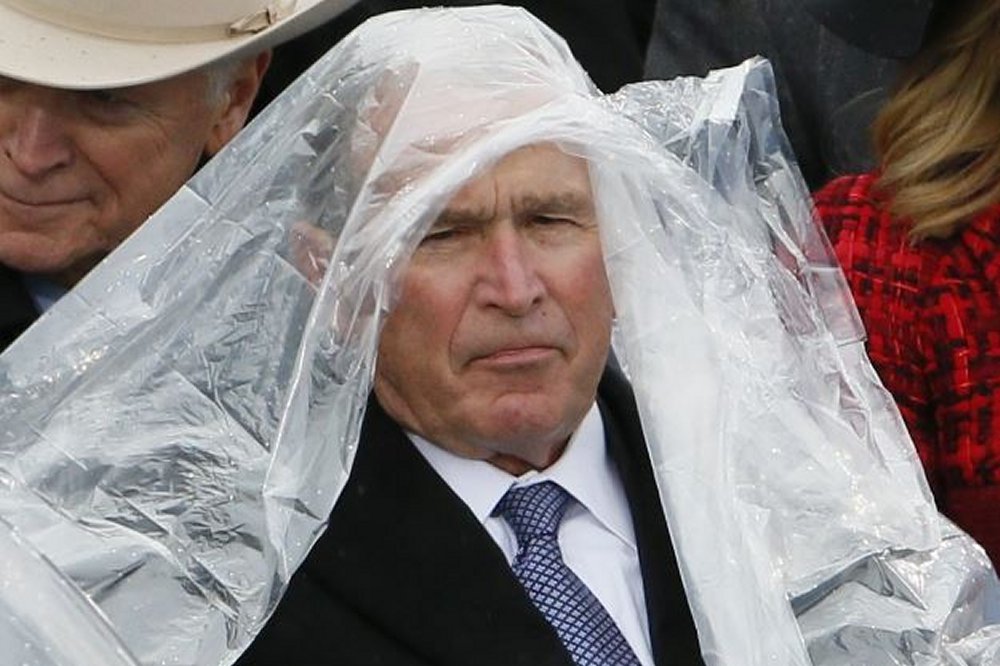 Former President George W. Bush is trending on social media after photos went viral of him struggling to put on a plastic rain poncho Friday during Donald Trump’s presidential inauguration in Washington, D.C.

The Internet exploded with jokes about how Bush was seen grappling with the protective gear and alternately put it on top of his head and over his face, Time magazine reported.

“George W Bush sporting the latest Ralph Lauren headgear…. #Inauguration,” poster Coxey Loxey tweeted, along with a photo of the one-time world leader peeking out from under his soggy tarp.

“As wack as today is at least we have George Bush tryna put a rain poncho on lmaooo,” another person joked on Twitter.

The New York Post noted Bush’s former vice president Dick Cheney, who was seated nearby at the event, appeared amused as he tried to help Bush at one point.

Outgoing President Barack Obama is seen in some of the photos, sitting in front of Bush and seemingly unaware of the other man’s troubles, which added a little levity to the serious occasion.

Googly-eyed robot beats ‘I am not a robot’ Captcha test