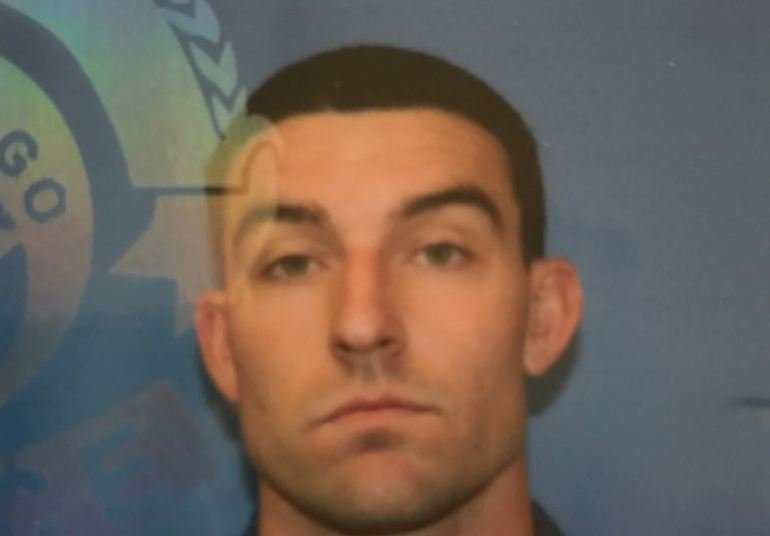 A Louisiana police officer was shot and killed Friday when he stopped on his way home to help in what he thought was a traffic crash, but was actually a domestic violence incident, police said.

Westwego Police Officer Michael Louviere, 26, discovered a woman on the ground in an intersection near a crashed car. A suspect then came up behind him and shot him in the head about 6:30 a.m., police said. Suspect Sylvester Holt was taken into custody hours later after he shot himself in the chest in a 7-hour standoff on the Crescent City Connection bridge, investigators said. Holt remains in critical condition.

“This was a cold-blooded murder,” Police Chief Dwayne Munch said.

Investigators said Louviere had ended his shift at 6 a.m. and was driving home in uniform when he saw a crash at the intersection of Ames and Barataria boulevards in Westwego, a New Orleans suburb. Instead he found Simone Veal, later identified as Holt’s estranged wife, on the ground.

“What we believe is Sylvester Holt found out that Simone was pregnant from her new boyfriend,” Jefferson Parish Sheriff Newell Normand said.

Police said Holt fled the area and was found on the bridge threatening suicide. He shot himself in the chest about 5:30 p.m., police said.

“Hours were spent trying to get him to surrender,” State Trooper Melissa Matey, spokeswoman for State Police Troop B, said. “All of those attempts failed.”

Investigators said Holt has a long criminal history, including charges of sexual assault and battery.

Louviere joined the police force in July 2015 after serving in Afghanistan as a U.S. Marine. He has two children. He celebrated his 26th birthday on Jan. 18.

At least three dead after tornado rips through Mississippi