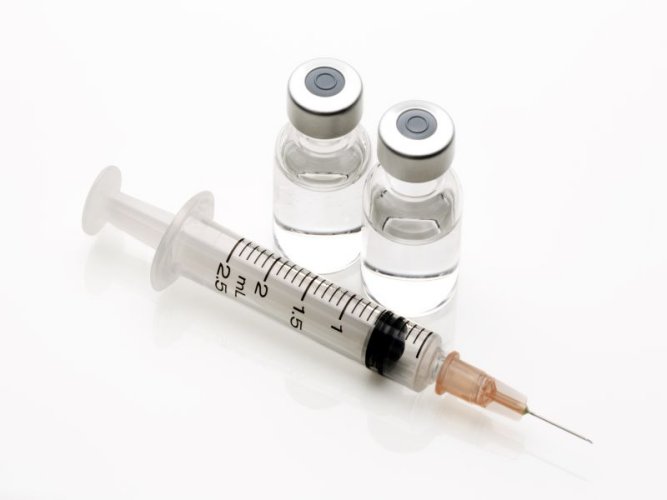 Flu activity continues to rise across the United States and there’s been a slight uptick in the number of deaths in the last week, federal health officials reported Friday.

The U.S. Centers for Disease Control and Prevention says it’s still not too late to get a flu shot. That’s particularly important for the most vulnerable — the very young, the elderly, the chronically ill and pregnant women, officials said.

“It would have been better to get vaccinated early, but there is still potential benefit from the vaccine,” Lynnette Brammer, a CDC epidemiologist, said Friday.

“We are starting to see an increase in flu-related deaths,” she added, “although deaths aren’t at a level considered epidemic.”

The CDC doesn’t track the number of adults who die from flu, but it does keep tabs on child deaths.

Last year, 128 children died from flu-related complications, according to the CDC.

Brammer said flu activity is picking up in the center of the country, which was reporting low activity only a week ago.

“Some places like the Northwest may have peaked, but it looks like areas that haven’t been hit hard are starting to see activity,” she said. “Even if we were at peak, you’ve still got half the season to go.”

The dominant flu strain continues to be H3N2, which often signals a severe season that affects the oldest and the youngest the hardest, Brammer said.

On the plus side: this year doesn’t seem as severe as the most severe H3 years, she said.

H1N1 and B viruses are also circulating, Brammer said.

This year’s vaccine contains all the circulating viruses, she said.

The CDC recommends that anyone aged 6 months and older get a flu shot. Besides the elderly and the chronically ill, pregnant women also fall into the high-risk group in need of vaccination.

Also, mothers of newborns need a flu shot to help protect their infants, who can’t be vaccinated until they’re 6 months old.

For people aged 65 and older, the extra-strength vaccine is a good idea, Brammer said. It comes in two types: the high-dose vaccine and the adjuvanted vaccine.

Most years, the vaccine is between 40 percent and 60 percent effective, according to the CDC.

If you do get sick, there are antiviral drugs that can help. Tamiflu and Relenza are effective if taken early.

In a typical flu season, flu complications — including pneumonia — send more than 200,000 Americans to the hospital. Death rates fluctuate annually, but have gone as high as 49,000 in a year, according to the CDC.

For more on flu, visit the U.S. Centers for Disease Control and Prevention.

Stress may explain digestive issues in kids with autism