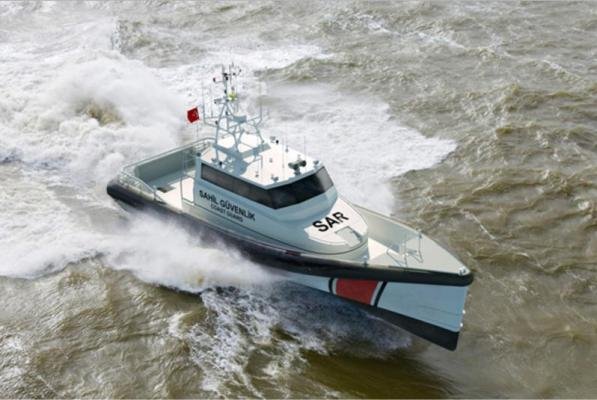 The ships are being constructed by Damen Shipyards, and will each be equipped with two 8-cylinder series 2000 engines. Turkey’s government says the boats will help them rescue migrants from crisis areas along the country’s coast.

The boats are designed to be self-righting in the event they capsize. The MTU engines to be supplied by Rolls-Royce are made to continue operating if the vessels complete a full vertical rotation at sea.

“We have designed our engines specifically for such difficult operational conditions, including the unlikely event of capsizing,” Rolls-Royce’s Knut Müller said in a press release. “They are equipped with a special kit, which ensures that there is sufficient oil available to coat the engine parts with a film of lubricant.”

The company adds the engines will allow the vessels to reach a top speed of 33 knots.

Turkey is expecting all of the boats to be delivered by the end of 2017. The European Union is providing financial support for the effort.

5 Marketing Strategies to Get New Customers