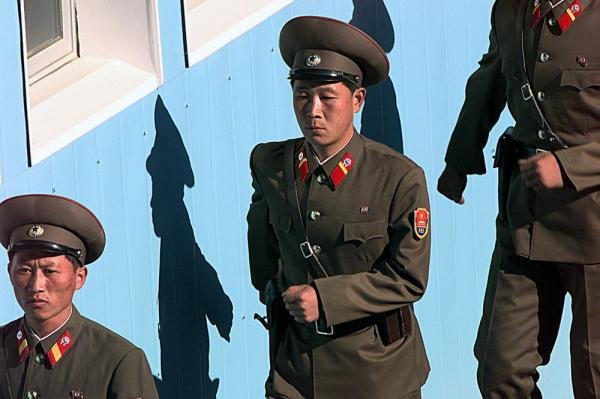 South Korea’s military says there are no signs of provocations from North Korea, dispelling some concerns Pyongyang would try to draw attention to its nuclear weapons program during a critical transition period in the United States.

An official with South Korea’s joint chiefs of staff who spoke to Yonhap on the condition of anonymity said there have been “no unusual trends” detected in the movements of the North Korean military.

The official added there is “no indication that an intercontinental ballistic missile test is imminent.”

Earlier in the week South Korean media reported two North Korea intercontinental ballistic missiles had been detected, and the new road-mobile ICBMs appear to be shorter than Pyongyang’s other models.

“We are closely watching movements, without easing up on our alert system,” the official said.

In his New Year’s missive Kim Jong Un had said his country is nearly ready to test an ICBM. State media has claimed the test could take place at an arbitrary time.

Various North Korea political anniversaries are to be observed in the spring: Kim’s fifth anniversary as the Workers’ Party’s first secretary on April 11 and the 105th birthday of North Korea founder Kim Il Sung on April 15.

Joint U.S.-South Korea military exercises are to be held in March. Some analysts say North Korea could engage in provocations in response to the drills.

The United States, South Korea and Japan navies are conducting missile-warning drills for two days, to prepare to detect and track North Korea missiles in waters.

The exercises, which will conclude on Sunday, includes the deployment of South Korea’s King Sejong, a 7,600-ton KDX-III destroyer, the 8,900-ton USS Curtis Wilbur and Japan’s Aegis destroyer, the Kirishima.

The U.S. and Japanese destroyers are reportedly equipped with SM-3 anti-aircraft missiles capable of intercepting ballistic missiles at altitudes of over 300 miles.