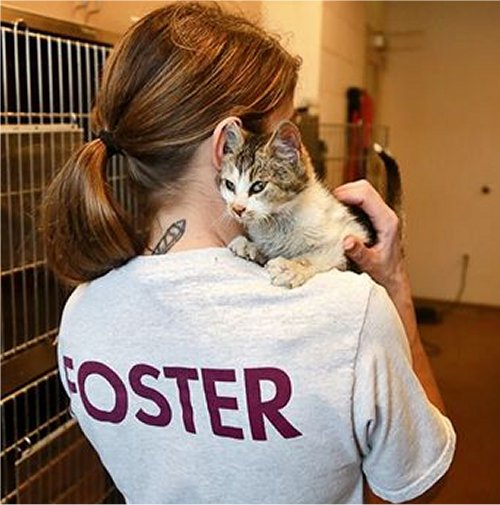 A kitten was dropped off at a Humane Society in Utah after being found frozen to a blanket.

The Humane Society of Utah shared photos of the kitten they named Elsa and used the opportunity to remind residents in the state to keep their pets inside during the cold weather.

“With a Winter Storm Warning in effect throughout most of northern Utah, we wanted to remind everyone to bring their pets inside or provide them adequate shelter,” the Humane Society said. “This kitten was brought to the HSU last night by a good Samaritan who found her frozen to a blanket.”

Director of Marketing and Communications for Humane Society of Utah told WQAD Elsa arrived at the shelter in poor shape and staff was unsure whether she would survive.

“It was very skinny, it had gone without food for a while, frozen to the blanket,” Shepherd said. “It’s ears had a little frostbite on it. So it took some time for us to be able to re-warm the animal.”

The staff named the kitten after Princess Elsa from the Disney film Frozen because of her icy rescue and her vocal prowess.

“Our foster staff named her Elsa because she loves to sing to get people over to her kennel,” the Humane Society said.

To prevent other kittens from suffering Elsa’s fate, the Humane Society also recommended pet owners provide straw for their pets to rest on instead of blankets that can absorb water and then freeze.

Why George W. Bush and his rain poncho are trending on social media