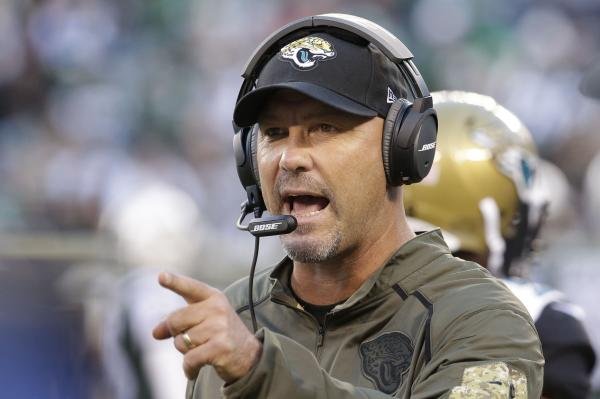 Bradley has agreed to be the defensive coordinator for the Los Angeles Chargers next season, according to multiple reports.

He was fired on Dec. 18 after leading the Jaguars to a 14-48 record in four seasons. Bradley, 50, began his NFL coaching career as a defensive quality control assistant in 2006 with the Tampa Bay Buccaneers, He was a Buccaneers linebackers coach until he became the defensive coordinator for the Seattle Seahawks in 2009.

The Washington Redskins and San Francisco 49ers were also interested in the former Jaguars coach.

Atlanta Falcons success can be attributed to heavy ‘DQ diet’