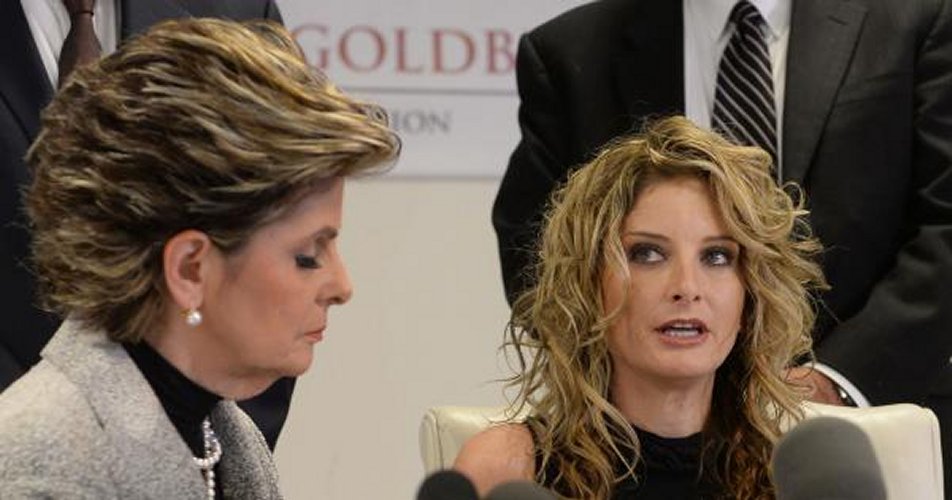 A former contestant on The Apprentice filed a defamation suit Tuesday in Los Angeles against President-elect Donald Trump for his public response to her accusation of sexual assault last year.

Summer Zervos and her attorney, Gloria Allred, announced at a press conference Tuesday that they have filed a lawsuit against Trump for allegedly lying about, attacking and denigrating Zervos during rallies and interviews. Zervos said she would be willing to drop the suit if the president-elect takes back what he said about her and admits the assault happened.

“Being branded a liar who came forward only for fame or at the manipulation of the [Hillary] Clinton campaign has been painful and demoralizing,” Zervos said in the lawsuit.

Through a spokesperson, Trump called the suit “more of the same from Gloria Allred. There is no truth to this absurd story.”

In October, Zervos, who was a contestant on The Apprentice, accused Trump of kissing her without consent, pressing himself against her and groping her body several times during a 2007 meeting at the Beverly Hills Hotel.

While she told friends and family at the time, she did not come forward publicly until late in the 2016 presidential campaign when a recording of Trump bragging about harassing and groping women without consent sounded like what she accused him of doing to her.

“I vaguely remember Ms. Zervos as one of the many contestants on The Apprentice over the years,” Trump said in a statement at the time. “To be clear, I never met her at a hotel or greeted her inappropriately a decade ago. That is not who I am as a person, and it is not how I’ve conducted my life.”

In the statement, he said Zervos had contacted him for help and asked for a meeting at a California restaurant in April 2016 in an attempt to discredit the accusation, and blamed the Clinton campaign for accusations by more than a dozen women that the president-elect had sexually assaulted them.

In a speech later in the campaign, Trump said “every woman lied when they came forward to hurt my campaign” and threatened to sue them all after the election ended.

Zervos alleges in the lawsuit that Trump’s use of a “national and international bully pulpit” opened her up to harassment and threats of physical violence from his supporters, which she claims he knew could happen. Even still, Zervos said the lawsuit is not about money or fame, contrary to what Trump has said.

“I would still be willing to dismiss my case against him immediately for no monetary compensation if he will simply retract his false and defamatory statements about me, and acknowledge that I told the truth about him,” Zervos said.