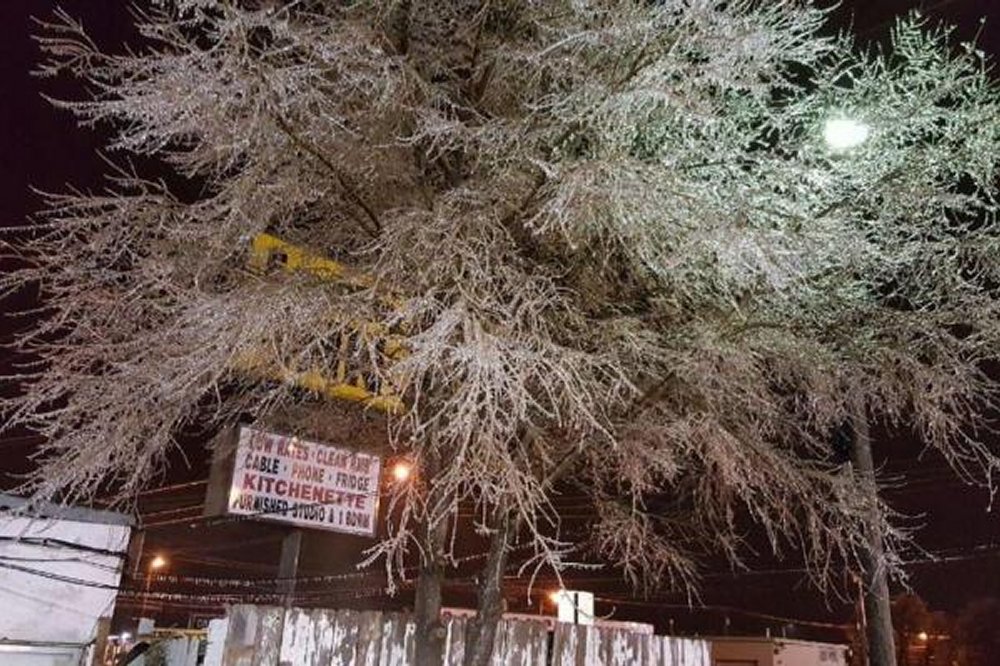 A winter storm, stretching from southern Illinois to Texas, will continue to batter the Midwest region for several days after six people died.

The National Weather Service is forecasting continuing widespread freezing rain over much of the central United States.

“There are expansive ice storm warnings, freezing rain advisories and winter weather advisories in effect from northeast New Mexico to central Illinois,” the National Weather Service said. “Winter storm watches and warnings are in effect for the northern edge of the precipitation shield, spanning from eastern Colorado to southern Minnesota, where significant accumulations of snow and sleet are likely. Farther to the south in the warm sector of this low pressure system, periods of heavy rain are likely across central and southern Texas along with a risk of some flash flooding.”

The storm has killed at least six people and created dangerous road conditions. Several states have declared states of emergencies, according to The Weather Channel.

Two people were injured in a 20-car pileup near downtown Wichita on Saturday. By Sunday morning, the state’s biggest ice totals were observed in southwestern Kansas.

About 200 soldiers of the Kansas National Guard were alerted to mobilize to assist local authorities.

The Kansas City Chiefs’ home football game against the Pittsburgh Steelers was pushed back from Sunday afternoon to the evening because of the severe weather.’

Ice as thick as 1 inch downed tree limbs all over Oklahoma but only a few thousand were without power.

Related Topics:U.SWinter storm
Up Next