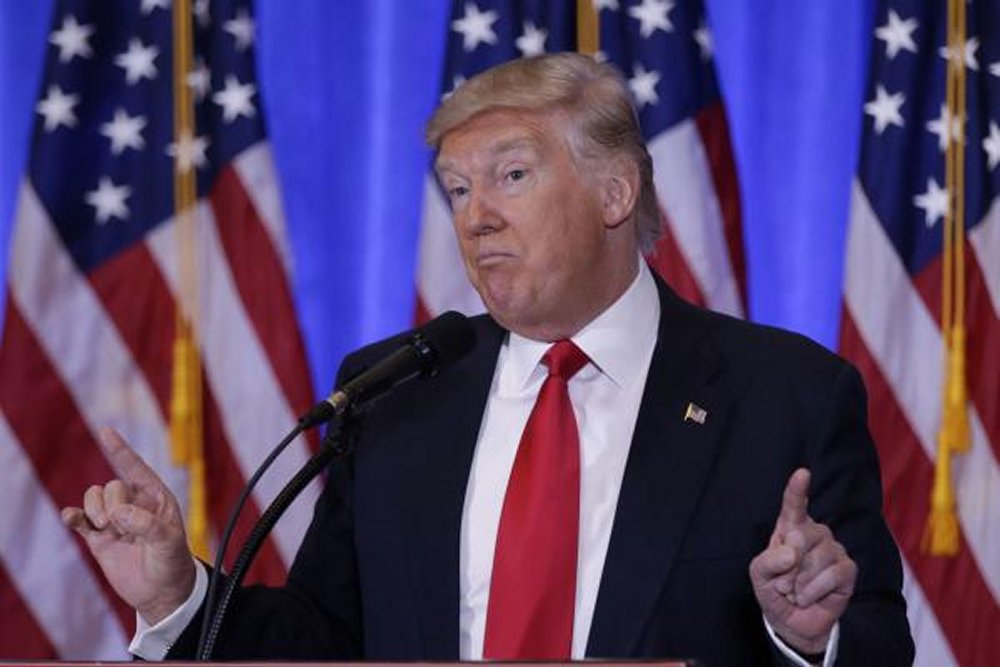 Donald Trump on Friday said his “people will have a full report on hacking within 90 days” in reference to allegations Russia has damaging data on the president-elect.

In a series of posts in Twitter, the president-elect took jabs at his 2016 presidential opponent, Hillary Clinton, and the U.S. intelligence community. Trump’s response follows news of a report that was given to multiple news agencies about unsubstantiated personal and financial information Russia allegedly has about Trump.

“It now turns out that the phony allegations against me were put together by my political opponents and a failed spy afraid of being sued,” Trump tweeted.

The FBI and CIA are investigating a report from a former British MI6 operative that Russia has information on Trump that could be used against him. They have not yet verified it and Russia has denied the report.

“Totally made up facts by sleazebag political operatives, both Democrats and Republicans – FAKE NEWS! Russia says nothing exists,” Trump continued. “Probably … released by ‘Intelligence’ even knowing there is no proof, and never will be. My people will have a full report on hacking within 90 days!”

Trump also referenced Thursday’s announcement by the inspector general of the U.S. Department of Justice in which he said he would investigate the department and the FBI to determine whether they violated policy before November’s presidential election.

Democrats criticized FBI Director James Comey for his part in the controversy — announcing potential new evidence related to the Hillary Clinton email investigation about a week before the election on Nov. 8.

“What are Hillary Clinton’s people complaining about with respect to the F.B.I. Based on the information they had she should never … have been allowed to run – guilty as hell,” Trump tweeted. They were VERY nice to her. She lost because she campaigned in the wrong states – no enthusiasm!”