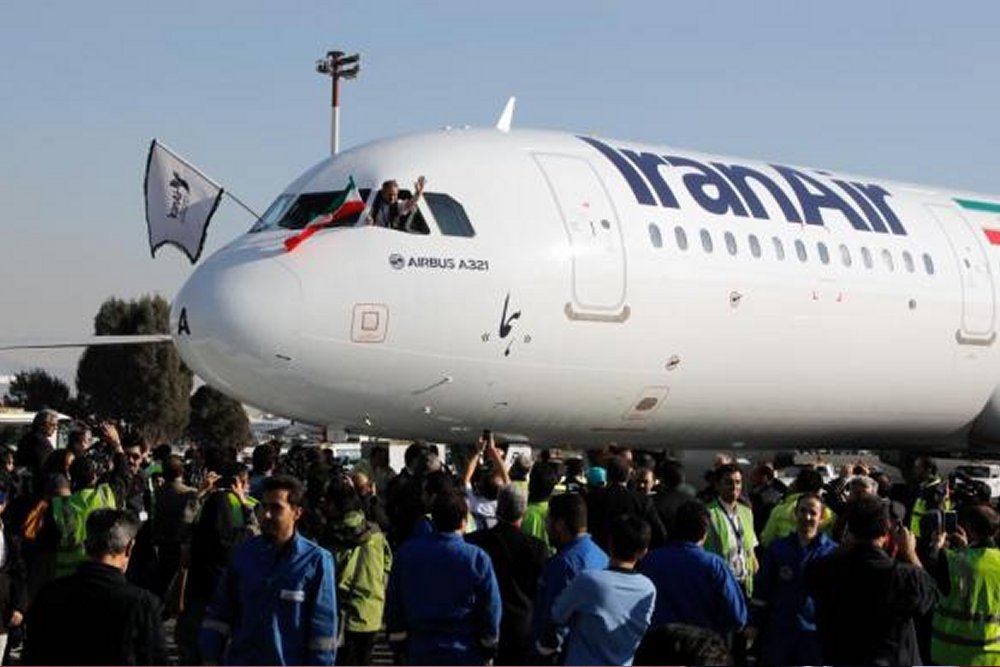 Iran celebrated delivery of the first new airplane to the country in decades on Thursday, holding a special ceremony on the tarmac after it landed at Mehrabad International Airport in Tehran.

The first of 100 planes ordered for Iranian airlines touched down in Tehran Thursday, marking the first visible fruits of the deal Iran cut with the rest of the world to drop crippling economic sanctions against the country if it discontinued its nuclear weapons program.

The 189-seat Airbus A321 flew to Iran from the company’s facility in Toulouse, France, weeks after the Iranian government closed the deal after two years of negotiations to finalize what turned out to be an $18 billion deal.

“We struggled for two years to purchase planes from Airbus,” Iran Air head Farhad Parvaresh told reporters during the celebration. “There were many problems that still remained from the past and we had to go through a very difficult path to finalize the deal with Airbus.”

The deal — for 46 A320s, 38 A330s and 16 A350 XWB jetliners — are the first new planes bought by Iran since before 1979. Of the 250 commercial planes the country has, just 162 are operational because, in addition to being barred from buying planes, Iran couldn’t buy spare parts to repair the planes they already had.

Until sanctions were lifted last January after the approval of Iran’s deal to end its nuclear research program by the permanent members of the United Nations’ security council, it is believed Iran kept the 162 or so working planes in the air using parts smuggled into the country.

Iranian officials consider the arrival of the first plan in the Airbus deal, as well as the eventual delivery of 99 more from Airbus and 80 the country has agreed to purchase from Boeing, as a symbol of Iran’s waning economic isolation from the international community.

“[This is] a historic moment for Iran, signalling the end of the sanctions era for the country,” said correspondents on the state-run official television network.

Israel to withhold $6M in U.N. dues after settlement resolution