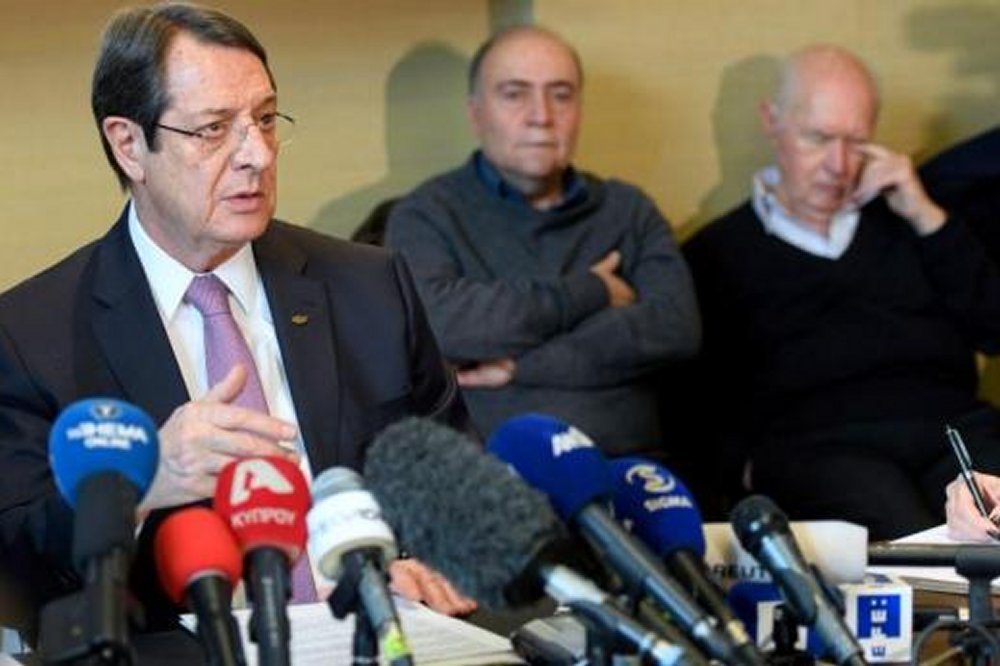 Turkey on Friday said it has no plans to remove its troops from Cyprus at a conference on the reunification of the island in Geneva, Switzerland.

“From now on, you will have to be patient,” said U.N. Secretary-General Antonio Guterres, at a press conference Thursday with Turkish Cypriot President Mustafa Akıncı and Greek Cypriot President Nicos Anastasiades. “There is obviously a way to go; work will continue on Cyprus. We are coming very close to it: A bi-zonal, bi-communal federal state.”

He added the negotiators were not seeking a “quick fix” but a “solid and sustainable solution.”

The conference was Guterres’ first foreign trip a the new U.N. secretary-general.

In Ankara, Turkish President Recep Tayyip Erdogan said the removal of 30,000 Turkish troops from Northern Cyprus is “out of the question,” unless Greece also agrees to remove its military forces. Anastasiades has demanded that all Turkish troops leave the island and has referred to their presence as an “occupation.” Another obstacle to a reunification is the return of property to tens of thousands of Cypriots who fled their homes during the conflict.

The Greek and Turkish Cypriot representatives to the conference exchanged maps outlining proposals for territorial boundaries, a step regarded as a breakthrough in negotiations.

“Never before have we had an exchange of maps, or a presentation of maps, created by the delegations themselves,” said Espen Barth Eide, the United Nations envoy for Cyprus.

Related Topics:CyprusEuropeTurkish Cypriots
Up Next