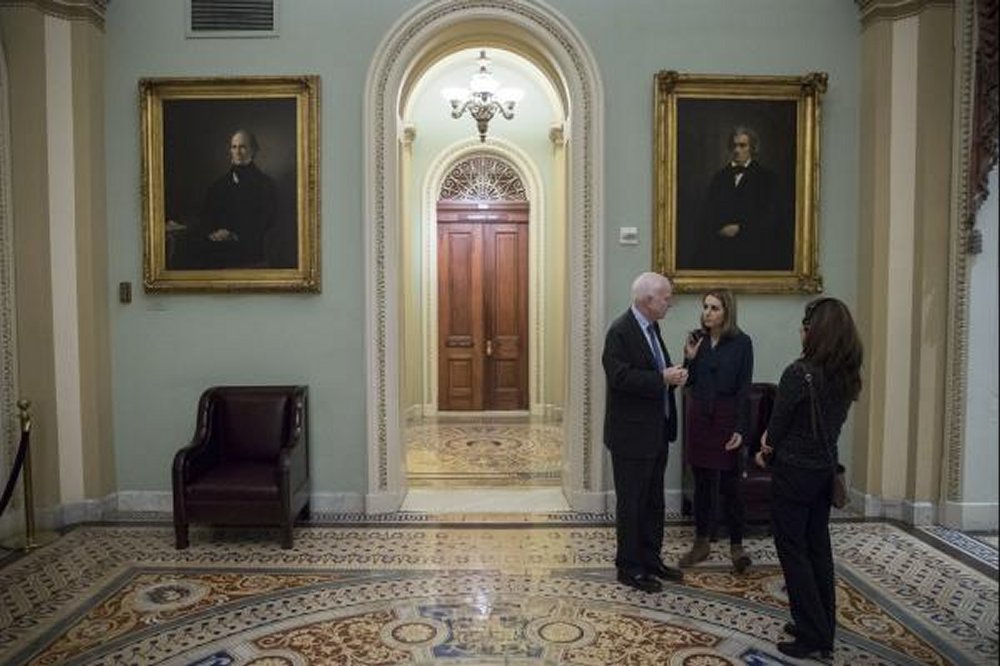 At the urging of President-elect Donald Trump, the U.S. Senate approved the first step in Republican efforts to repeal the Affordable Care Act.

Trump has encouraged senators in recent days to craft the framework for a repeal, even though it doesn’t appear his administration or congressional Republicans have a replacement program ready to go — a prospect outgoing Health and Human Services Secretary Sylvia Mathews Burwell said this week would have dire consequences for consumers and the U.S. insurance market.

Senators weeded through more than 150 submitted amendments to find one to attach to a budget bill, which will get the ball rolling on axing the health care program, known colloquially as “Obamacare,” that has been on the books for more than six years — and has provided medical coverage for millions of previously uninsured Americans.

“Too many [people] have been personally hurt by this law,” Senate Majority Leader Mitch McConnell, R-Ky., said Wednesday. “Too many feel they’re worse off than they were before ‘Obamacare.'”

Once the Senate passes the budget bill, plus amendment, it will go to the House. The lower chamber is expected to vote on it Friday. If it passes both houses, it will eventually find its way to President Donald Trump’s desk after his inauguration next week.

Trump and Republicans in Congress have said they will replace the ACA with a better program to cover uninsured Americans. Specifics on such a plan, including how it would work and how it would be paid for, though, have not been agreed upon.

“Ripping apart our health care system, with no plan to replace it, will create chaos,” Sen. Patty Murray, D-Wash., said. “If Republicans repeal the Affordable Care Act, it’s women, kids, seniors, patients with serious illnesses, and people with disabilities who will bear the burden.”

Democrats say killing the ACA will leave millions without coverage, keep people with pre-existing medical conditions from getting insured and inflate the U.S. budget deficit by more than $350 billion over the next 10 years.