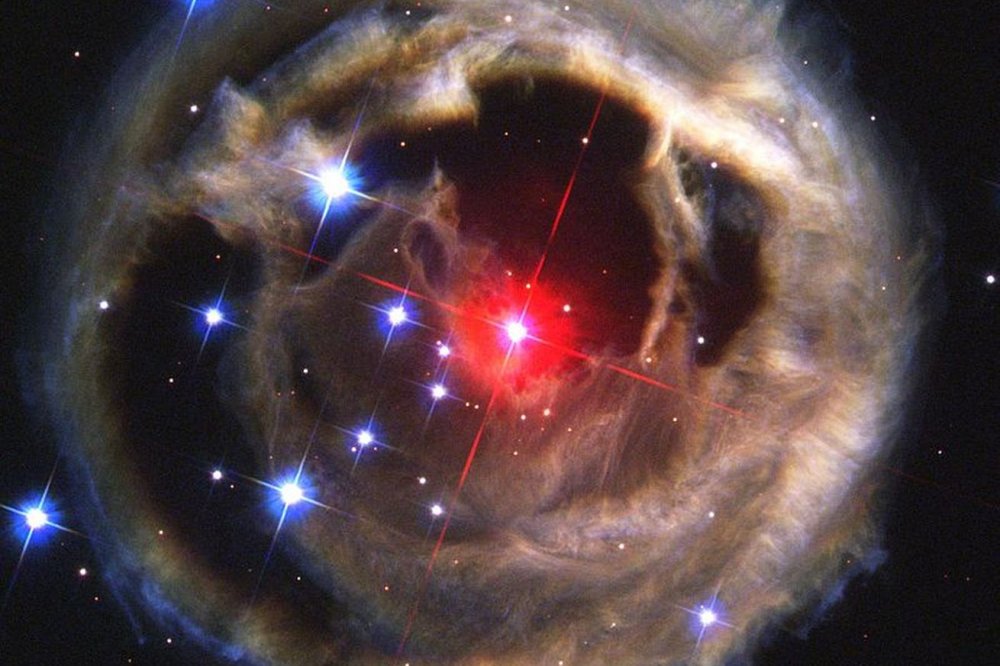 Lawrence Molnar, a professor of astronomy and physics at Calvin College, has crunched the numbers on KIC 9832227, a contact binary star system.

According to his math, the two stars will collide and explode in 2022, generating a red nova. The light generated by the explosion will register at a magnitude 2 — as bright as Polaris, the North Star.

“It’s a one-in-a-million chance that you can predict an explosion,” Molnar said in a news release announcing his forecast. “It’s never been done before.”

Molnar’s prediction isn’t based on a hunch. Nor did he make it without some help. The work to understand began in 2013, when a study of KIC 9832227 conducted by Karen Kinemuchi presented astronomers with a question: is the object a pulsating star or a binary?

A research assistant at Calvin, Daniel Van Noord, took on the challenge.

“He looked at how the color of the star correlated with brightness and determined it was definitely a binary,” said Molnar. “In fact, he discovered it was actually a contact binary, in which the two stars share a common atmosphere, like two peanuts sharing a single shell.”

“From there Dan determined a precise orbital period from Kinemuchi’s Kepler satellite data — just under 11 hours — and was surprised to discover that the period was slightly less than that shown by earlier data,” Molnar continued.

In other words, the two stars were getting closer and closer. The question of a collision isn’t if but when.

To make sense of the data he was looking at, Molnar reviewed a study of another contact binary system, V1309 Scorpii — one that ended with an explosion. He compared the specifics of the two systems, and the parameters of V1309 Scorpii’s death spiral, as detailed by astronomer Romuald Tylenda.

Molnar combined the previous astronomical records and the newest observational data to develop a mathematical system for predicting the impending collision of the two stars in KIC 9832227.

Another complex study to determine whether Molnar was right or not won’t be necessary. If his prediction is correct, the evidence will appear in the sky in the form of a new star in the constellation of Cygnus. The brightness will be visible for six months.

“The orbital timing can be checked by amateur astronomers,” said Molnar. “It’s amazing the equipment amateur astronomers have these days. They can measure the brightness variations with time of this 12th magnitude star as it eclipses and see for themselves if it is continuing on the schedule we are predicting or not.”