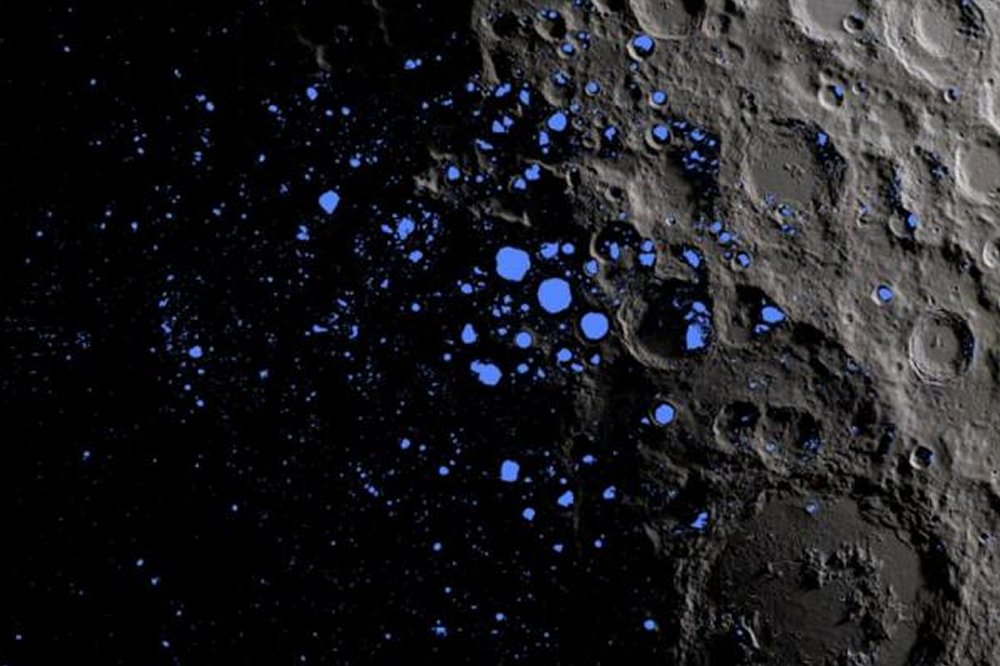 Because the moon’s atmosphere is nearly non-existent and its magnetic field is extremely weak, its surface is exposed to a constant barrage of solar particles. This barrage leaves a mark — and maybe a spark.

“About 10 percent of this gardened layer has been melted or vaporized by meteoroid impacts,” Andrew Jordan, a researcher at the University of New Hampshire, said in a news release. “We found that in the moons permanently shadowed regions, sparks from solar storms could melt or vaporize a similar percentage.”

When a solar storm’s energized particles — ions and electrons — hit the loose soil on the moon’s surface, the regolith, they organize into layers. Electrons penetrate deeper, while ions, which are bulkier, become concentrated at the surface. Normally, the electrically charged layers would dissipate as the positively charged ions and negatively charged electrons gravitate toward one another — opposites attract.

However, simulations suggest the permanently shadowed regions are so cold that electricity can do little more than trickle through the regolith. Thus, the charged layers remain intact, leaving the particle-filled surface vulnerable to a sudden electric discharge — a so-called dielectric breakdown triggered by the arrival of another wave of charged particles. The phenomenon is like miniature lightning strike.

“This process isn’t completely new to space science — electrostatic discharges can occur in any poorly conducting (dielectric) material exposed to intense space radiation, and is actually the leading cause of spacecraft anomalies,” said Timothy Stubbs, a researcher at NASA’s Goddard Space Flight Center.

“Lab experiments show that dielectric breakdown is an explosive process on a tiny scale,” Jordan explained. “During breakdown, channels could be melted and vaporized through the grains of soil. Some of the grains may even be blown apart by the tiny explosion.”

To understand the evolution of the moon, and the history of water vapor on the lunar surface, researchers need to better understand how the lunar poles have been weathered by the forces of space over time. The latest findings are helping researchers do just that.