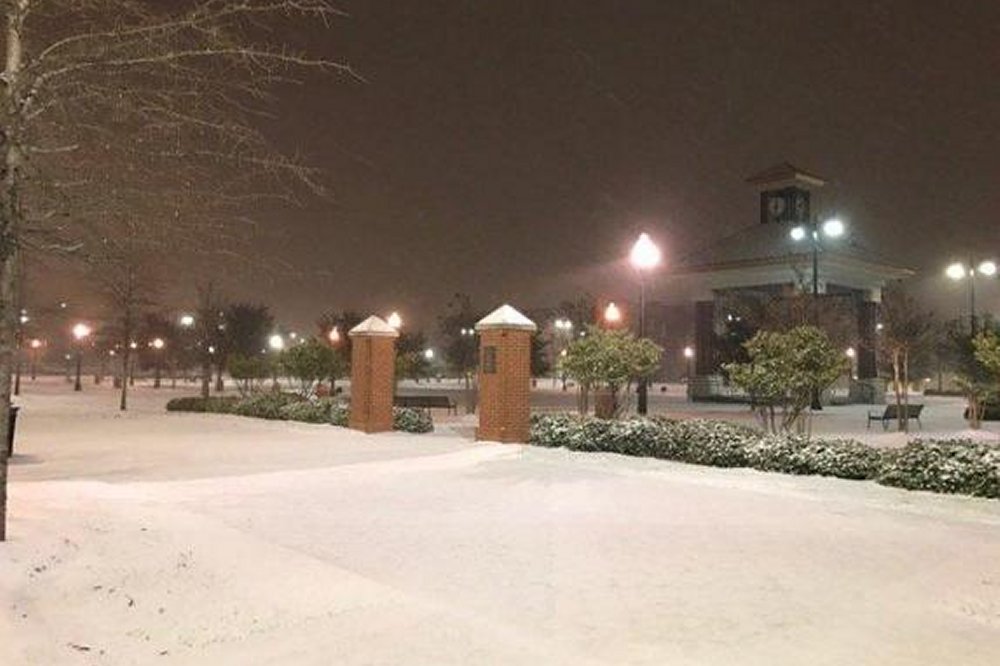 Heavy snow is expected throughout Saturday from portions of the Southeast up through New England, with potential blizzard conditions expected in areas near the coast, according to the National Weather Service.

North Carolina Gov. Roy Cooper declared a state of emergency in the state’s 100 counties, as 260 road accidents occurred in the state and 18,000 people were left without electricity, NBC News reported.

“We are expecting significantly colder weather and the wind will pick up, increasing risk for power outage,” he said “Stay home. Do not go out and drive on the road unless you absolutely have to.”

Georgia Gov. Nathan Deal also declared a state of emergency with the state expected to receive 3 to 5 inches in snow in areas such as Atlanta, according to CNN.

“This is a very serious weather event,” Atlanta Mayor Kasim Reed said Friday. “My only concern is that I don’t think people have an appreciation for the gravity of it. This is a very, very significant storm.”

Residents experienced long lines and empty shelves at local grocery stores as more than 10,000 customers in metro Atlanta were left without power.

Alabama Emergency Management Agency and state police declared that roads and bridges in the area had become impassable.

Major airlines issued flight advisories due to the severe weather and more than 50 flights were canceled at New York JFK and Newark airports on Saturday. Delta also canceled 175 flights, including several from its hub in Atlanta.

FBI seeks suspect in shooting of U.S. diplomat in Mexico