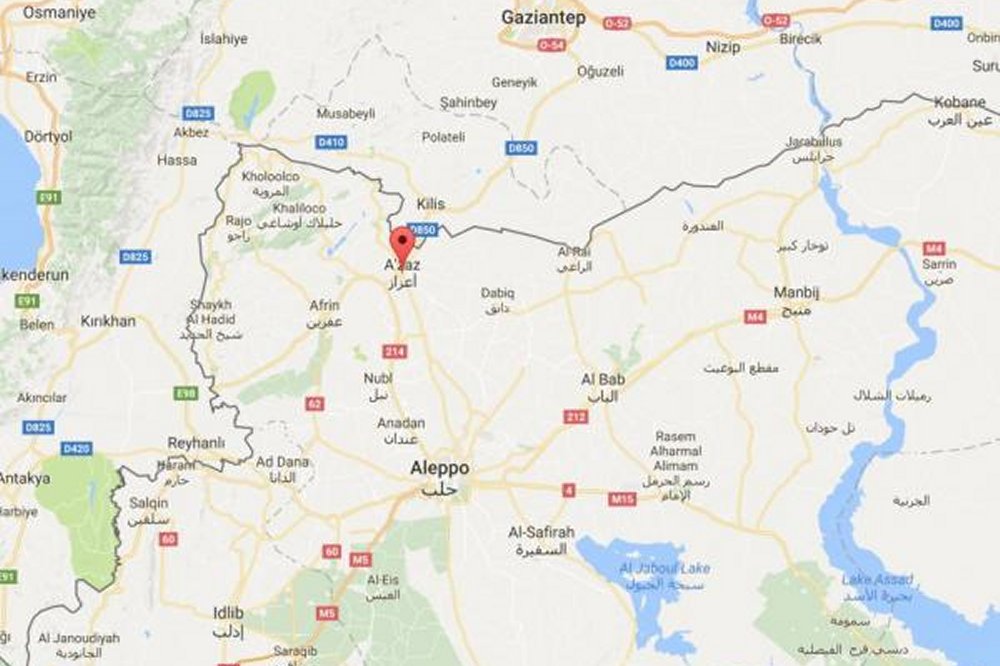 Dozens of people were killed early Saturday in a vehicle-bomb blast in the rebel-held Syrian city of Azaz, near the border with Turkey.

The Syrian Observatory for Human Rights, based in Britain, said the bomb detonated in a busy morning market in Azaz, killing up to six opposition fighters. The Aleppo Media Center reported up to 21 people died in the blast. Some media outlets said up to 43 people died, many civilians. Anadolu Agency reported 60 people were killed and another 50 people were injured.

No group has claimed responsibility for the attack.

The blast, which comes during a fragile cease-fire that is being observed through much of the country, occurred outside a courthouse in Syria, located about four miles from the border with Turkey. The town is a stronghold of the Turkish-backed Free Syrian Army, an alliance of rebel groups that work to push Islamic State militants out. Azaz has serve as a new home for thousands displaced from violence across the country, including Aleppo.

Israel to withhold $6M in U.N. dues after settlement resolution