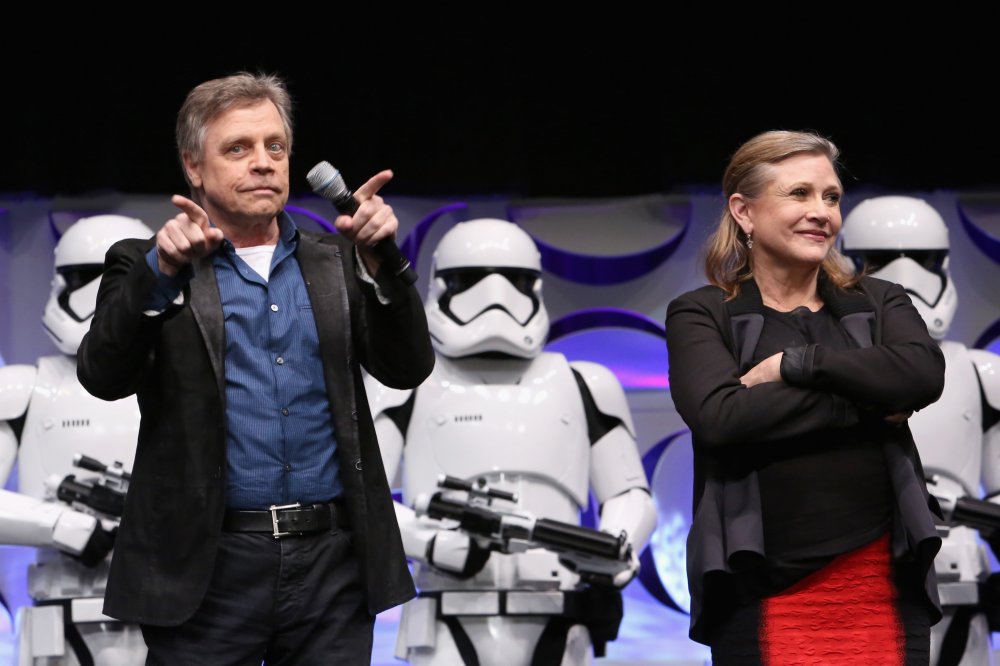 Carrie Fisher tragically passed away at the age of 60 on Tuesday, Dec. 27th, following a massive heart attack she suffered late last week. While Fisher starred in a number of films and published multiple, critically acclaimed books, she was most famous for portraying Princess Leia Organa in the Star Wars franchise. Fisher returned to her breakout role in 2015 in Star Wars VII: The Force Awakens,  leaving fans delighted to see their beloved Princess Leia on the silver screen again.  Fisher’s death is a devastating loss for those who love the galaxy far, far way, so it’s natural that fans are wondering what will the future of Star Wars look like without Carrie Fisher?With standalone anthology film Rogue One released this month, the next addition to the Star Wars universe is the yet untitled Episode VIII. The highly anticipated follow up to The Force Awakens will be released on Dec. 15th, 2017. Fisher does appear in this film, and was able to film all her scenes for the movie before her sudden death. Production on Episode VIII wrapped in July 2016.While a spokesperson for Lucasfilm did confirm to TMZ that the late actress had no more scenes left to film for the upcoming movie, the official admitted that it is too early to tell how Fisher’s devastating passing will impact the future of the franchise. It was expected that both Carrie Fisher and her long time co star Mark Hamill would appear in the final movie of the new trilogy, Episode IX, which has not yet begun filming. There is always a chance that, much like Harrison Ford’s Han Solo, Princess Leia may face an unfortunate end in Episode VIII, but this seems highly unlikely.

Episode IX director, Colin Trevorrow, recently told Entertainment Tonight that he would like Luke Skywalker (Mark Hamill) and Princess Leia to have bigger roles in his addition to the franchise. He revealed he was excited to “find new places that we can take those characters…They are icons, but they’re also people that have suffered tremendous loss and challenge over the course of all these films.”

Another hint that Princess Leia Organa would be taking on a meatier role in the upcoming films in the new book titled Star Wars: Bloodline. According to Heavy, this addition to the larger Star Wars canon follows Leia in the years leading up to The Force Awakens. “From a plot perspective, Leia’s absence will not be easily swept under the rug,” journalist Brendan Morrow wrote for Heavy. “Considering that she is the leader of the Resistance and will likely be a crucial player in the group’s struggle against the First Order in the next two films. ”

So, how will Star Wars deal with the gaping hole left in Carrie Fisher’s wake? There are a few potential options, although none of them will be particularly ideal for Disney and LucasFilm. It’s highly unlikely they will recast the role of Leia Organa. Carrie Fisher was first cast as the confident, outspoken space princess when she was 19-years-old. It’s difficult to imagine anybody else inhabiting the role that made Fisher (and Leia) household names.Another option is to simply not feature Leia in the final film. While this might be the easiest choice, there is no way to make this absence feel right. Leia is such a huge part of the Star Wars universe. What possible explanation could the script give for leaving her out of the conclusion to this story? The last potential option is to include the character through computerized special effects. The Star Wars franchise has already used CGI to feature a young Princess Leia at the end of Rogue One, as well as heavily featuring Peter Cushing as Grand Moff Tarkin as the new film’s villain despite the fact that he died in 1994.Another beloved, global film franchise was able to conclude a movie by digitally inserting a deceased actor into the film during post production. The Fast and the Furious was able to give the character of Brian O’Connor a proper (and seriously emotional) send off after Paul Walker died in a car accident in 2014 via the magic of computers.
While the CCO of Industrial Light and Magic John Knoll recently told The New York Times that Disney and Lucasfilm did not plan on regularly using the CGI technique to digitally recreate deceased actors from their franchise, the company will most likely be forced to reconsider in the wake of Fisher’s untimely passing.We’re sure that Disney and Fisher’s family will make this decision at the proper time. First and foremost, Fisher’s family and Star Wars co-workers should be given the space and time to grieve during this extremely difficult time.