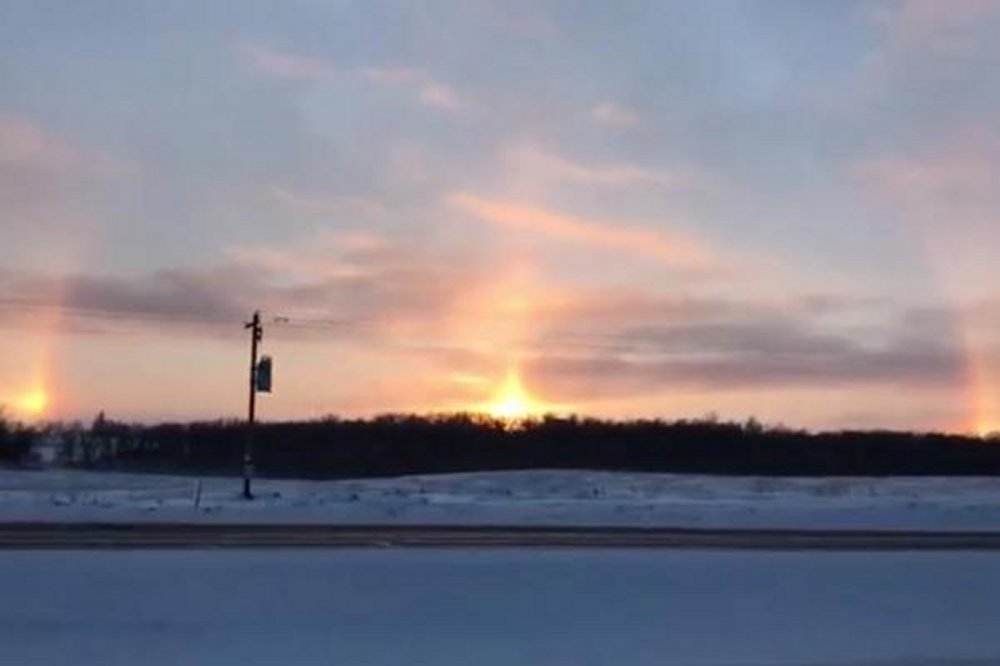 A Minnesota commuter captured video of a sundog illusion making it appear as though there were three suns in the sky.

The video, posted to YouTube by Ryatus Recordings, shows triplet suns on the horizon Tuesday afternoon over the town of Detroit Lakes.

“I was lucky enough to grab a quick shot of this awesome sun dog on the way home from work,” the uploader wrote.

Sundogs, also known as phantom suns, occur when the light from the sun reflects from ice crystals gathered in the atmosphere.

Surfing dog raised half a million dollars for charity