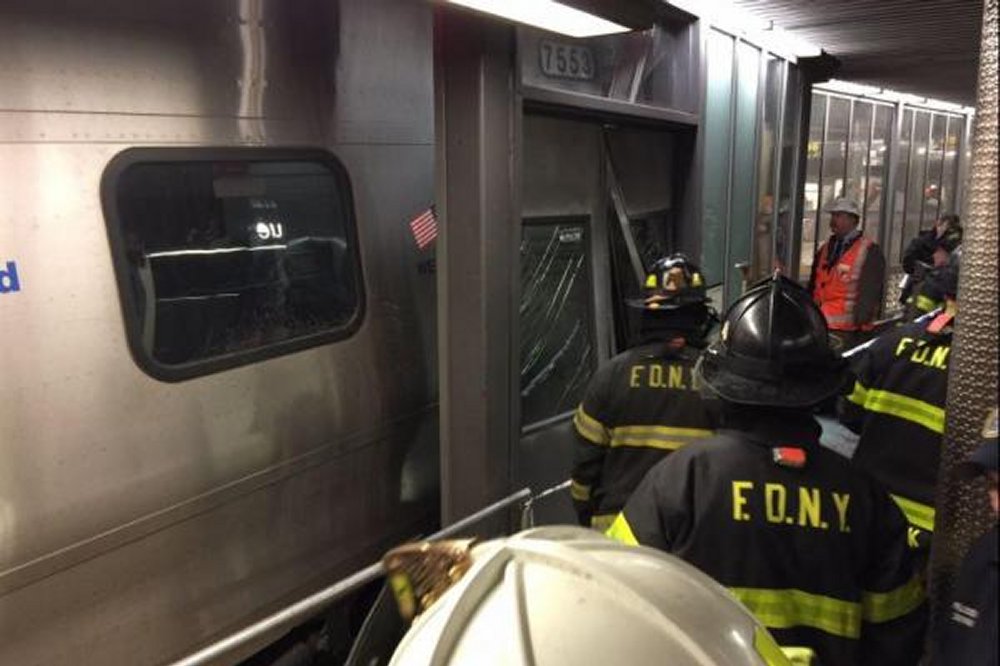 The 103 injuries were considered non-life-threatening by the New York Fire Department. Some were taken to Brooklyn Hospital Center, Methodist hospital and Kings County hospital.

About 600 passengers were on the train when it entered the Atlantic Terminal and struck the bumper at the end of the track.

“Typically, when you’re coming into Atlantic Terminal, the train goes very slow. Today, I was saying to myself as we were coming in, it was going faster than usual,” one witness told WABC-TV. “And before you knew it, the impact and people were, like, flying …”

Another witness said the aftermath was “total pandemonium.”

“People crying, screaming, then it started smoking,” said another witness. “So they were trying to get off the train as fast as we can because we didn’t know if it was going to blow up or something like that.”

LIRR is the busiest commuter railroad in North America with 301,000 customers each weekday on 735 trains over 700 miles of track on 11 different branches, according to its website.

On Sept. 29, a N.J. Transit commuter train plowed into the Hoboken, N.J., station during the morning rush hour, killing one woman and injuring more than 100 other people.