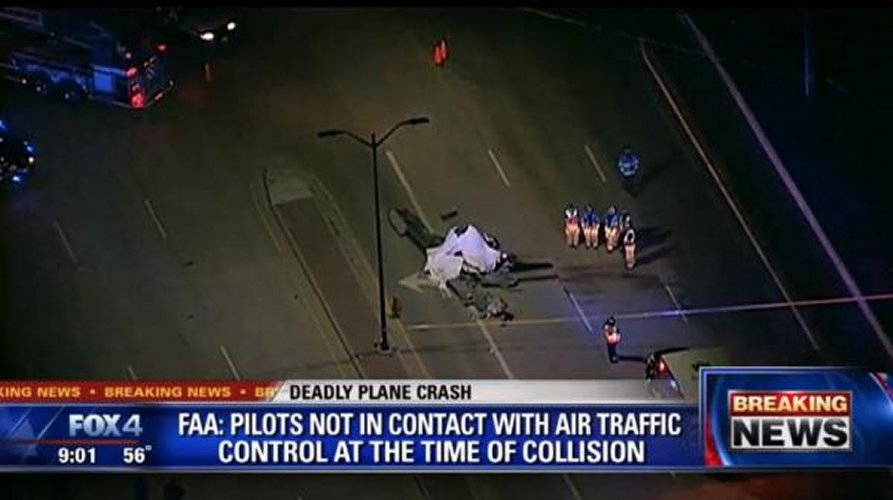 Authorities have not identified the victims or the cause of the crash, but witnesses said the planes were flying close to the ground, the collision was loud and the debris field was widespread.The Federal Aviation Administration said both aircrafts were flying under visual flight rules and had no contact with air traffic control. The crash happened shortly after 5:30 p.m. Saturday about 30 minutes north of Dallas.

“They were making a turn and one of the planes slid into the other,” witness Rodney Livermore told NBCDFW. “You heard a loud crash and bang. One of them came straight down. The other one had a little control, but it was coming down. There was no stopping it.”

One of the aircrafts crashed into a storage facility and the other onto a road. No one on the ground was injured. The aircrafts were a Piper PA-28R and a Luscombe and left from Aero Country Airport, the National Transportation Safety Board said.