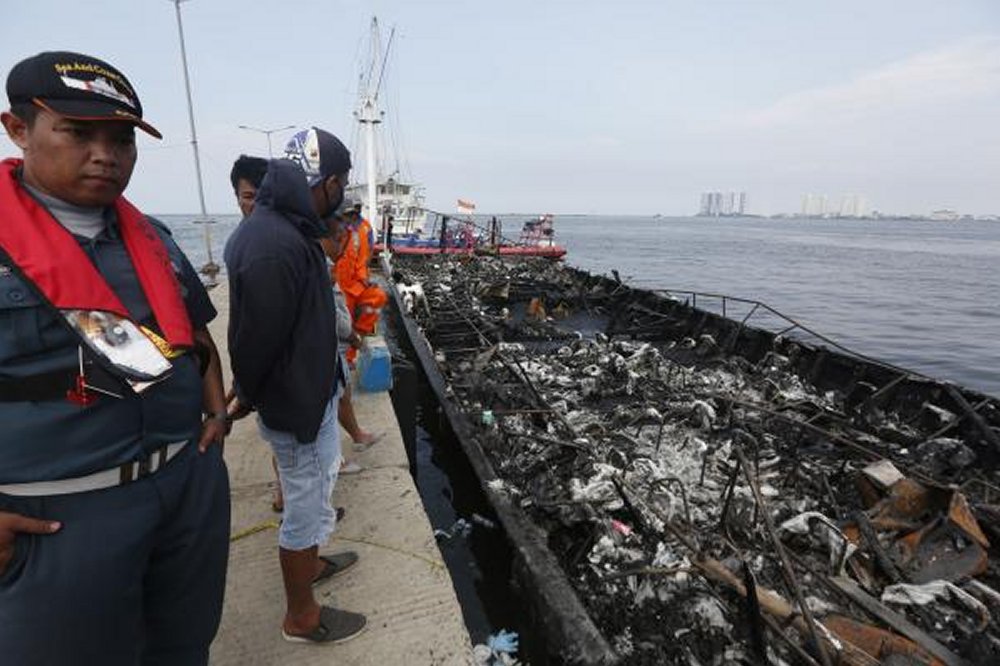 At least 23 people died and 17 others were injured Sunday when a passenger ferry burst into flames off the Indonesian coast.

Officials said at least 17 other people remain missing and at least nine people are hospitalized. As many as 194 passengers survived. The ferry, which was carrying about 240 passengers, caught fire less than a mile from shore, after it left Muara Angke port in North Jakarta. Witnesses said passengers panicked when the boat caught fire and jumped into the water. It was traveling to Tidung Island, a holiday destination in the Thousand Islands district, north of Jakarta.

“Fifteen minutes after the boat set sail, people at the back of the boat started making noise,” one passenger said. “Then I saw smoke, there was more and more, the boat was crowded and people were fighting for life jackets.”

Local police spokesman Ferry Budiharso said the fire was a result of a power generator on the boat short-circuiting. The boat may have been carrying too many passengers. Officials could not verify the number of passengers aboard.