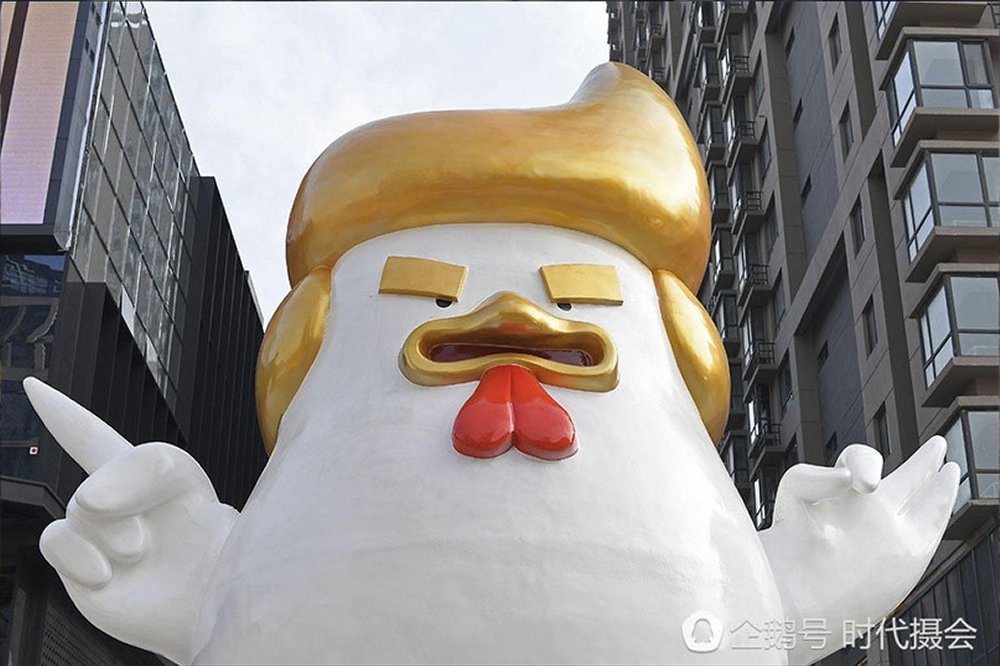 A shopping mall in China is drawing attention for its unusual mascot — a giant rooster statue bearing an intentional resemblance to U.S. President-elect Donald Trump.

The rooster statue, which celebrates the Year of the Rooster outside the N1 ArtWalk Mall in Taiyuan, Shanxi Province, was designed with Trump’s signature hairstyle and hand gestures in mind, the state-run People’s Daily reported.

Cao Mingliang, deputy director of the planning department for the mall, said the shopping center’s owners commissioned the statue, which will serve as its mascot.

Some stores have started selling replicas of the rooster, which range in price from $57 to $1,739 for a 32-foot-tall statue.

“I think the rooster is very cute and funny, the hairstyle and eyebrows look very much like Donald Trump. I’m sure it will attract a lot of customers,” Wei Qing, whose Shenghe Yangtai business is selling replicas of the Trump rooster, told CNN.

China’s fascination with birds that look like Donald Trump is nothing new — a pheasant at the Hangzhou Safari Park went viral last month when news outlets reported on its uncanny resemblance to Trump, earning it the nickname “Pheasant-elect.”

Surfing dog raised half a million dollars for charity

Canadian man punches cougar in the face to save his dog