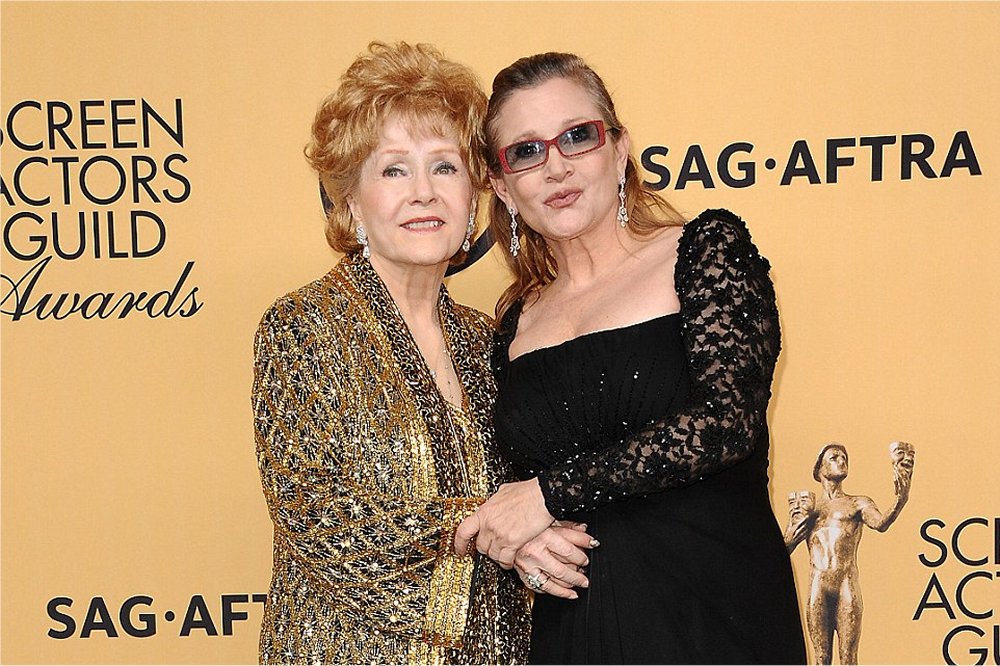 Hollywood legend Debbie Reynolds died on Wednesday a day after the death of her daughter, telling family before a suspected stroke: ‘I want to be with Carrie’.

The 84-year-old was rushed from her son Todd’s Beverly Hills home at around 1pm after falling ill while planning her daughter’s funeral.

She died in hospital hours later. Todd Fisher revealed on Wednesday evening how his mother had been shattered with grief since his sister’s death the previous day.

On the morning of her death, she told him: ‘I miss her so much, I want to be with Carrie,’ according to TMZ.

Carrie Fisher, 60, died on Tuesday from complications which stemmed from a heart attack she suffered on Christmas Eve while flying to Los Angeles from London.

On Wednesday, Todd Fisher said he was ‘heartbroken’ by the double loss.

‘She’s now with Carrie and we’re all heartbroken,’ he said.

While Fisher had made no funeral provisions, Reynolds knew ‘exactly’ what she wanted, her son previously said.

Speaking before her death, he told New York Daily News that his famous mother had already chosen out where she would be buried and that they owned a family plot.

At the time of their deaths, Reynolds and her daughter enjoyed a happy, close relationship after years of estrangement.

They did not speak for 10 years when Fisher was a young adult and battling drug addiction. She would later tell how she ‘didn’t want to be Debbie Reynolds daughter’, and was haunted by the daunting legacy of her Hollywood legend parents.