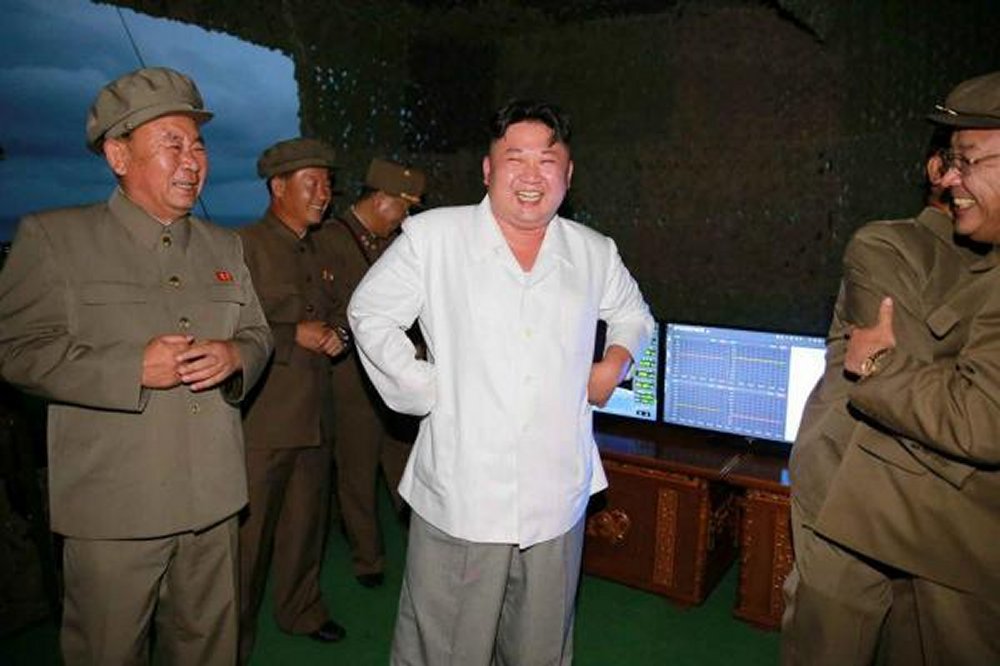 A North Korean diplomat who fled Pyongyang’s embassy in London said Tuesday Kim Jong Un has set a goal of completing nuclear development by the end of 2017.

Thae said the North Korean leader made the nuclear declaration during Pyongyang’s Seventh Party Congress in May, and that the policy was being timed to coincide with political transition in the United States and South Korea, News 1 reported.

“During the eras of Kim Il Sung and Kim Jong Il, North Korea never stopped nuclear development, but under Kim Jong Un a timetable has been set, and [the country] stands at the dangerous last stage,” Thae said. “If Kim Jong Un has nuclear weapons in his hands, we will forever be his nuclear hostages.”

But Thae also said North Korea is not completely isolated from the outside world, and that even authorities cannot stop the flow of information.

The North Korean diplomat said top officials read South Korean news sources like Yonhap to “see how the enemies look at us.”

“It is not hard for [North Koreans] who go abroad to have access to the Internet,” Thae said, adding diplomats often download the Yonhap news mobile app to their smartphones for faster reference.

Other changes in North Korea are less positive, Thae said. North Korean authorities are having a hard time controlling the widespread use of drugs among the population.

Thae’s statement on nuclear weapons has some support from other analyses of North Korea’s military advancements.