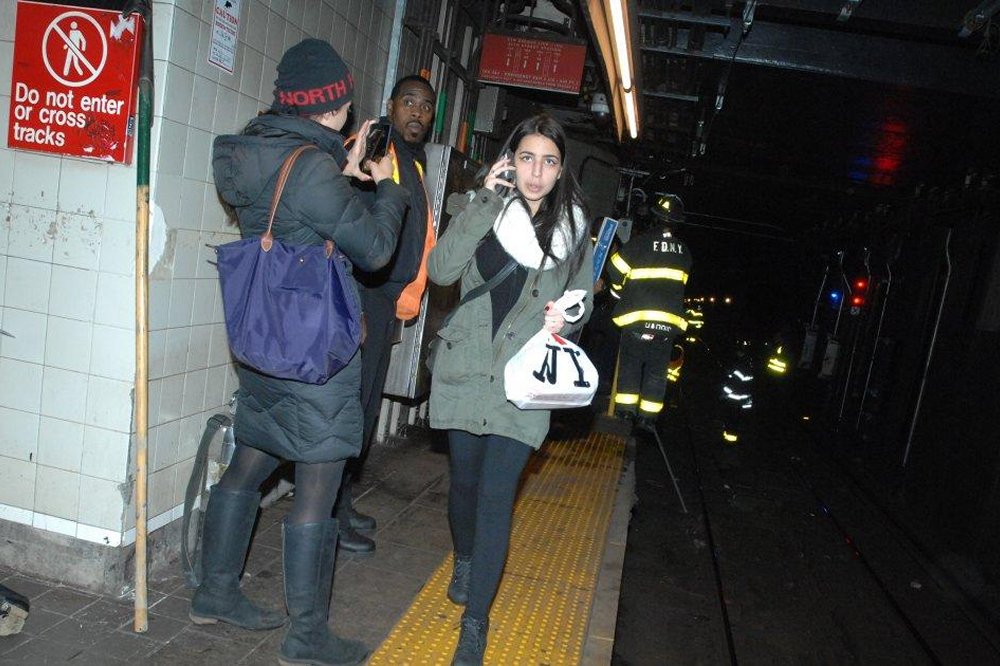 An underground fire near a subway station stopped trains going from Manhattan into Brooklyn and Queens from late Sunday until Monday morning.

Because of an electrical fire at 126 W. 53rd St. around 10 p.m. Sunday, the New York Metropolitan Transit Authority turned off the power on several lines.

Because trains were on a holiday schedule Monday, service already was limited.

The New York City Fire Department said a gas leak was first detected near an electrical substation at 53rd Street and 7th Avenue. It sparked a fire in the basement, causing the power outage.

“Gas could ignite so that’s the concern,” FDNY Battalion Chief Gregg Hansson told WCBS-TV. “Right now the gas is leaking into the street into the atmosphere so everything is okay.”

Around 1,200 people were evacuated as the area filled with smoke, the fire department said. They were led to safety through unlit tunnels to nearby platforms.

Also, riders inside stopped trains in the tunnels were evacuated.

The outage spread along Seventh Avenue from West Fourth Street to Queens.