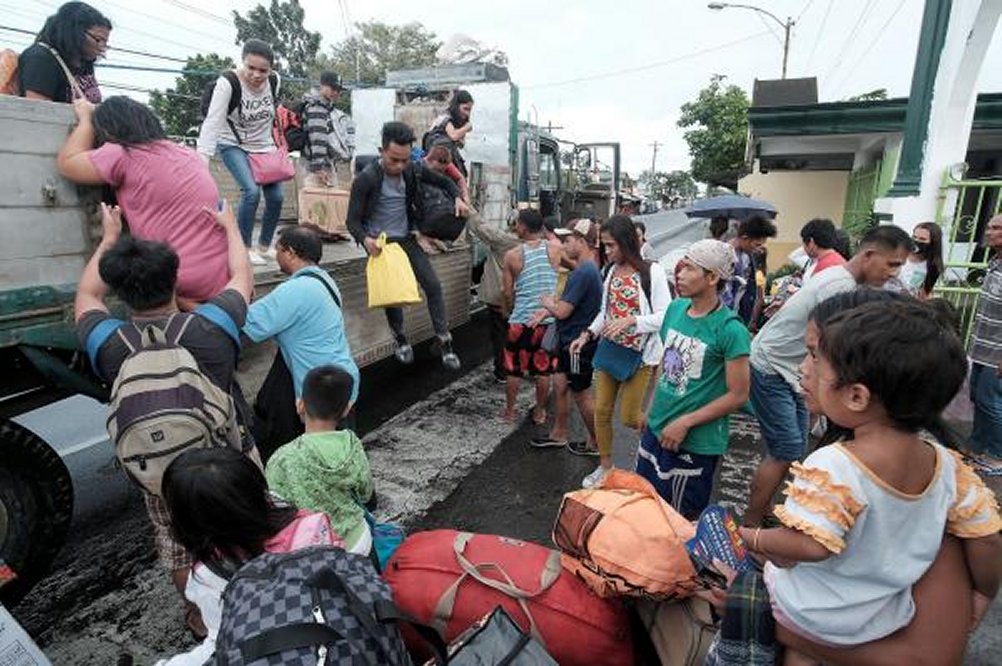 Super Typhoon Nock-ten, rapidly intensifying through Christmas Eve, made landfall on the eastern province of Philippines on Christmas Day.

This storm will bring destructive winds, massive storm surge flooding and torrential rainfall to the islands through Monday night, including Manila, according to the Joint Typhoon Warning Center.

Nock-ten, locally known as Nina, has maximum sustained winds of 155 mph and gusts up to 190 mph, according to Joint Typhoon Warning Center. The typhoon warning center projects that the typhoon will gradually weaken “as the system begins to interact with land,” but warned it could remain as a typhoon.

Officials said more than 1,000 people were evacuated from the eastern province of Camarines Sur. The provinces of Catanduanes and Albay have been under a “state of imminent danger/disaster.”

The National Disaster Risk Reduction and Management Council reported 11,476 passengers, more than 1,000 cargo ships and over a dozen other vessels were stranded in various ports in the region.

Storm surge of nearly 10 feet was reported in coastal areas, according to the Philippines Atmospheric, Geological and Astronomical Services Administration.

PAGASA reports that the typhoon could cause moderate to heavy rainfall in a 311-mile radius.

Tropical Storm Tokage, locally known as Marce, was the last tropical cyclone to impact the Philippines, in late November, according to the Weather Channel.

The last typhoon to make landfall in the country was Super Typhoon Haima, known locally as Lawin. Haima, with winds of 140 mph on Oct. 19. At least 13 people died.