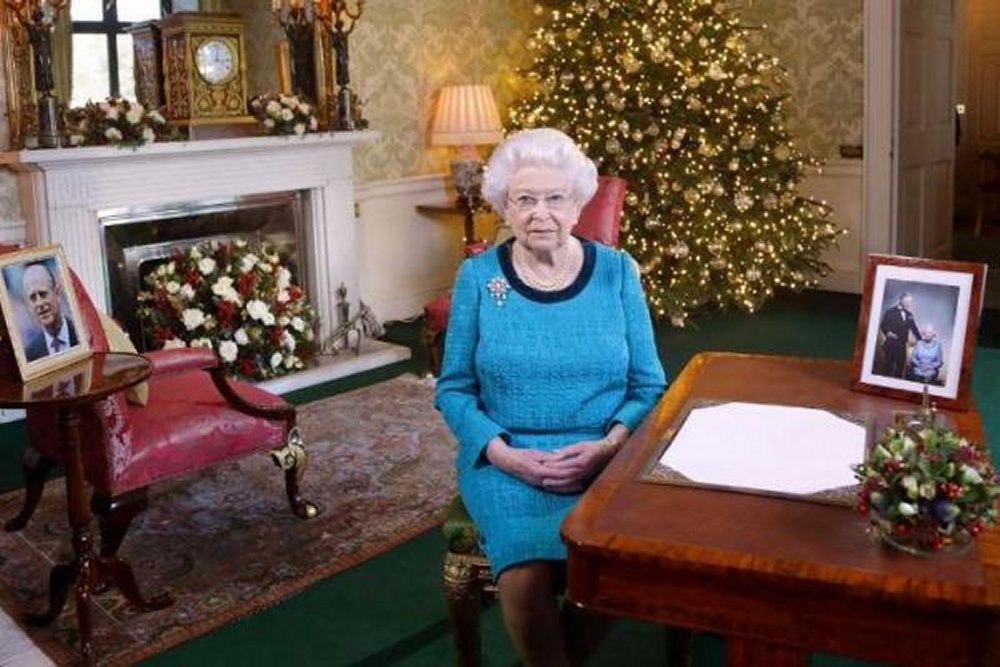 Queen Elizabeth urged Britain in her annual Christmas Day message to “take a deep breath” to gain strength when dealing with challenges.

The 90-year-old monarch missed the traditional Christmas morning church service in rural Norfolk for the first time in 30 years because of a heavy cold but taped a message broadcast in Britain and the rest of the commonwealth Sunday.

“When people face a challenge they sometimes talk about taking a deep breath to find courage or strength,” she said. “In fact, the word ‘inspire’ literally means ‘to breathe in.’

She said British Olympic and Paralympic athletes are not the only ones who are heroes.

“To be inspirational you don’t have to save lives or win medals. I often draw strength from meeting ordinary people doing extraordinary things — volunteers, carers, community organizers and good neighbors; unsung heroes whose quiet dedication makes them special.”

“They are an inspiration to those who know them, and their lives frequently embody a truth expressed by Mother Teresa, from this year Saint Teresa of Calcutta. She once said: ‘Not all of us can do great things. But we can do small things with great love.’ ”

She did not mention the top story in Britain this year: the referendum in which Britain voted to leave the European Union.

But she spoke about conflicts worldwide.

“On our own, we cannot end wars or wipe out injustice, but the cumulative impact of thousands of small acts of goodness can be bigger than we imagine,” she said.

Queen Elizabeth, who is the supreme governor of the Church of England, specifically mentioned her Christian faith.

“The message of Christmas reminds us that inspiration is a gift to be given as well as received, and that love begins small but always grows,” she said in conclusion.

Her grandfather king George V first broadcast a message on radio in 1932.

Her husband, 95-year-old husband Prince Philip had also been struggling with a cold but attended the Christmas Day church service along with their eldest son Prince Charles, the heir to the throne, and his wife Camilla as well as their grandson Prince Harry.

Related Topics:BritainEuropeQueen Elizabeth II
Up Next