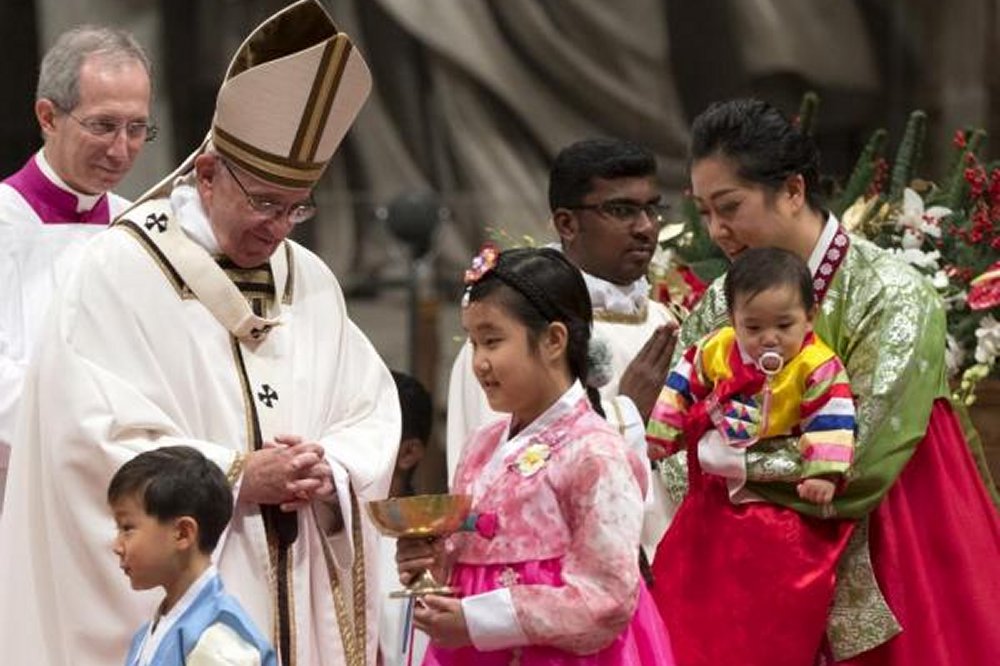 Pope Francis on Christmas Eve encouraged Catholics to turn away from consumerism and embrace the “smallness” of Baby Jesus.

During his homily at the annual Midnight Mass in a packed St. Peter’s Square, Francis said the humble story of Jesus’ birth in a manger remains a guiding principle of Catholicism.

“The Gospel reveals a paradox: it speaks of the emperor, the governor, the mighty of those times, but God does not make himself present there; he does not appear in the grand hall of a royal palace, but in the poverty of a stable; not in pomp and show, but in the simplicity of life; not in power, but in a smallness which surprises,” Francis said, according to Vatican Radio’s translation of the homily. “In order to discover him, we need to go there, where he is: we need to bow down, humble ourselves, make ourselves small.  The Child who is born challenges us: he calls us to leave behind fleeting illusions and go to the essence, to renounce our insatiable claims, to abandon our endless dissatisfaction and sadness for something we will never have.  It will help us to leave these things behind in order to rediscover in the simplicity of the God-child, peace, joy and the meaning of life.”

Francis continued, chastising those for whom the essence of Christmas is in consumerism, rather than redoubling efforts to help the poor and society’s forgotten people.

He urged the faithful not to get caught up in the commercialization of Christmas, “when we are concerned for gifts but cold toward those who are marginalized.” Materialism has “taken us hostage this Christmas,” he said. “We have to free ourselves of it!”

The Vatican’s annual Midnight Mass is the first event on the Catholic Christmas calendar. Francis will offer another blessing, known as the Ubri et Orbi, or “To the City, To the World” at noon Christmas Day.