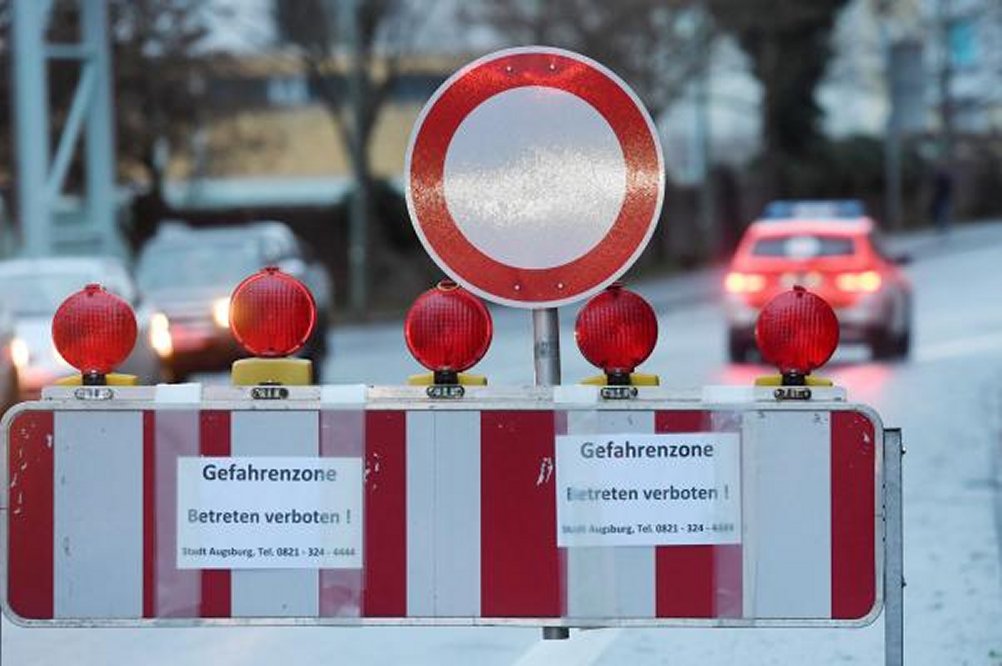 Authorities have evacuated more than 54,000 people form Augsburg on Christmas while a 1.8 ton bomb from World War II is defused.

About 4,000 police and firefighters were involved in the nation’s biggest evacuation since the second war, according to German broadcaster Deutsche Welle. Police didn’t say how long it would take to defuse the bomb.

Large portions of Augsburg, in Bavaria in the south of Germany near Munich, were destroyed on Feb. 24 and 26, 1944 by hundreds of British and U.S. bombers.

The bomb was uncovered during construction work.

Everyone within a 0.9-mile radius of the bomb have been evacuated, according to the BBC.

Several schools and sports halls were used as shelters.

The evacuation began at 8 a.m. Officials were aware people were inconvenienced during the holiday, but they cited the urgency in making the bomb safe.

Unexploded bombs commonly have been found in many cities around Germany but people have been killed by these type of bombs.

In January 2012, a construction worker died when his digger hit a bomb in Euskirchen. In June 2010, three members of a bomb disposal squad died while attempting to defuse one in Goettingen.

In May 2015, 20,000 people in Cologne were forced to leave their homes after a 1-ton bomb was discovered. In December 2011, 45,000 people were evacuated from Koblenz after two bombs were found in the Rhine’s riverbed.