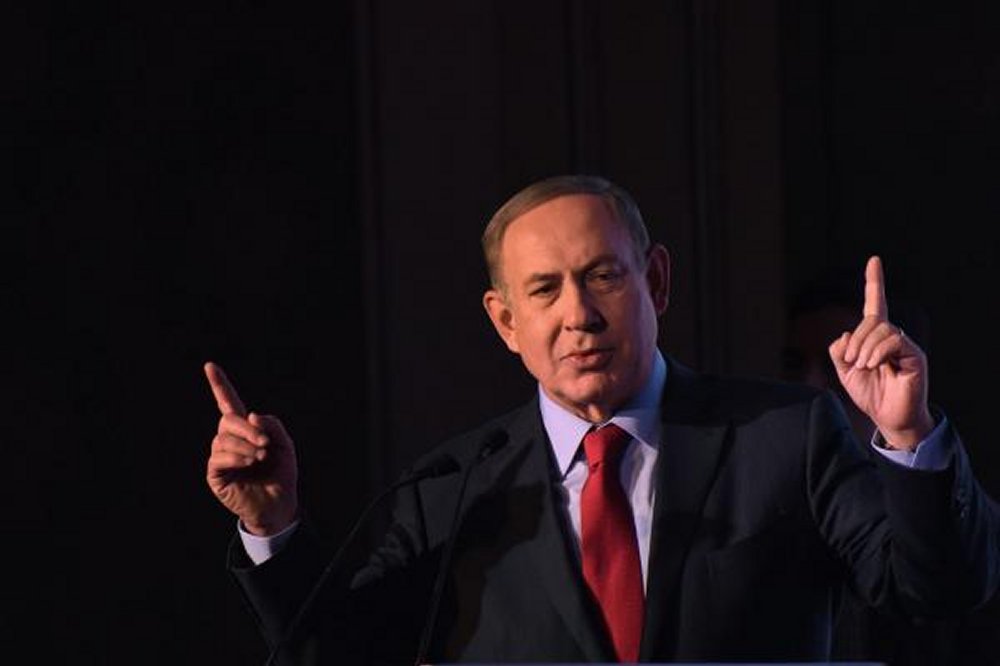 Netanyahu, speaking at a ceremony celebrating the first night of Hanukkah, assailed the United Nations and the United States, which abstained from a Security Council vote rather than vetoing the measure, as it has done in the past on resolutions critical of Israel’s policy in the Palestinian conflict.

The resolution called Israeli settlements in Palestinian territory a “flagrant violation” of international law. Israel has long disputed Palestinian claims to territory in Gaza, the West Bank and Jerusalem.

“The Security Council decision calls Israeli land ‘occupied’ and that is just shameful. The decision calls the Western Wall occupied land, it is shameful,” Netanyahu said, according to the Jerusalem Post. “The decision not only does not help us make peace, it stands in the way of peace.”

Netanyahu called U.S. President Barack Obama’s decision not to veto the resolution a “shameful ambush” for failing to live up to assurances the United States would prevent the United Nations from imposing terms on peace negotiations, Bloomberg reported.

The Obama administration said Friday’s abstention does not violate any commitments made to Israel publicly or privately and is in keeping with U.S. support for a two-state peace deal to resolve the conflict.

While the resolution does not have any immediate impact on Israel, it calls for Israel to halt any settlement expansion on land won in the Six-Day War of 1967 with Egypt, Jordan and Syria, including East Jerusalem.

As a result of the resolution, Netanyahu said Israel would stop all funding contributions to U.N. institutions.

3,000 stranded in freezing temperatures as they leave Aleppo