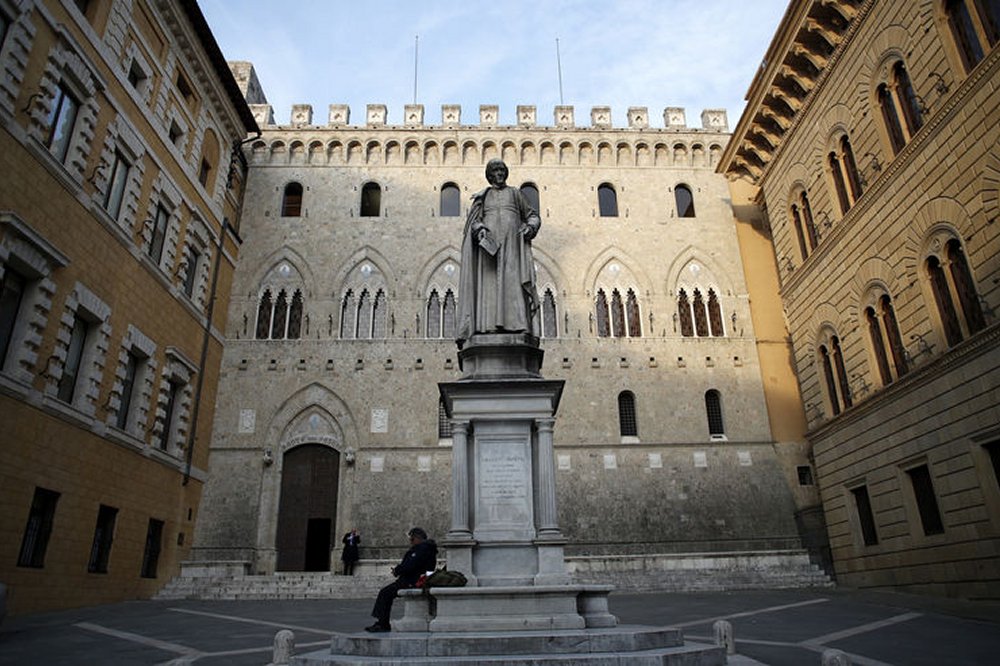 Shares in Banca Monte dei Paschi were suspended from trading again on Wednesday after the struggling lender issued a new warning over its funding woes.

The bank – the oldest in the world – said it would run out of money within four months unless its recapitalisation efforts were successful. Its previous guidance had pointed to 11 months-worth of money.

The statement sparked a 17% dip in the value of its previously flogged stock, hitting new record lows when trading was halted with shares almost 19% lower giving it a market value of just under €450m.

The bank is running out of time to meet a European Central Bank (ECB) deadline of the year’s end to raise €5bn from investors through the sale of new shares.

A request for a time extension from the ECB was rejected almost two weeks ago initiating a stock suspension then and raising fears it would have to go cap in hand to the Italian government for a rescue to avoid it being wound up.

Its apparent struggle to raise the cash has been exacerbated by the country’s political crisis.

Matteo Renzi’s defeat in a constitutional referendum resulted in his resignation as prime minister. Subsequent government talks over a possible bailout resulted in Monte dei Paschi deciding to continue under its own steam.

Speculation of a rescue was heightened though when it was announced earlier this week that the government was seeking to establish a €20bn fund for struggling banks to access cash.

News that the country’s Senate had granted the fund helped shares recover their poise – down 7% on the day in late afternoon trading.

Monte dei Paschi is the third largest lender in an Italian banking sector, labouring under the weight of €360bn (£300bn) in loans that are not being repaid as the economy struggles.

Their troubles hold back the economy further because they are the source of credit needed by businesses to operate and expand.