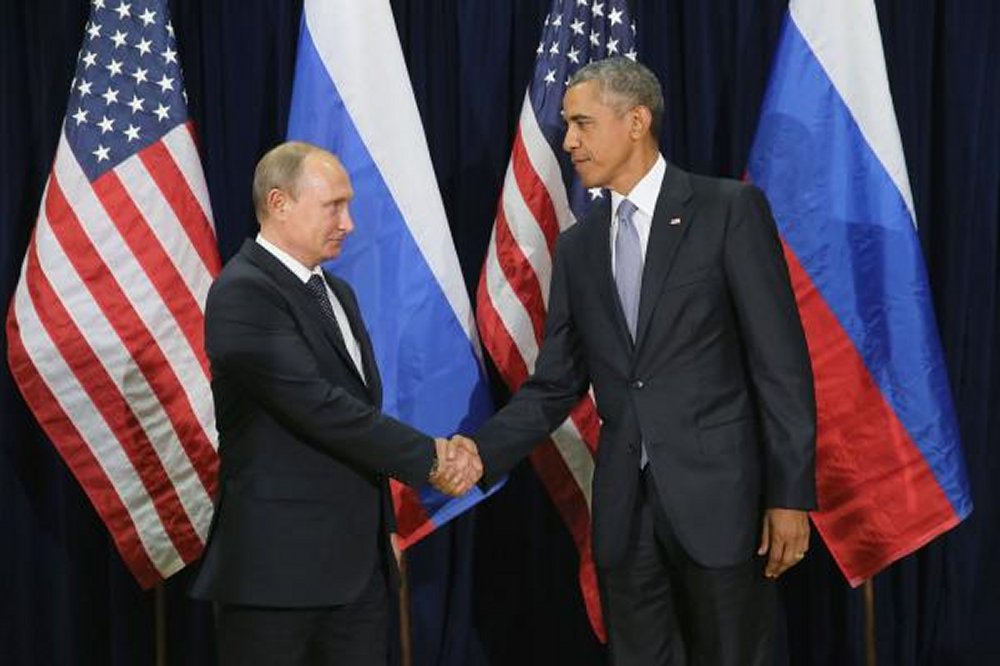 “With the United States, nearly all levels of dialogue are in a frozen state. We do not communicate with each other or do it minimally,” Kremlin spokesman Dmitry Peskov told the television channel MIR.

The thawed relations are linked to sanctions related to events in Ukraine and Crimea, and beliefs by the CIA and FBI that Russian President Vladimir Putin approved the hacking of emails relating to Hillary Clinton during the U.S. presidential election.

“Unfortunately, our bilateral relations are now accompanied by an extreme degree of distrust and these relations are in quite deplorable state,” Peskov told journalists.

Peskov also responded to media reports that President Barack Obama used the “red telephone” of direct communication between Washington and Moscow to discuss the hacker attacks with the Russian leader. Peskow said “this is a normal secure communication line, which the heads of state use for telephone negotiations.”

Russia has denied it is behind the hacking.

“Each time, unfortunately, we could not get some more or less reasonable substantiation of these accusations, some specific facts or something else,” Peskov said. “And, that is why, of course, all these accusations are completely unfounded and are not backed by any arguments.”

Peskov told reporters that the Kremlin regrets U.S.’s expanded sanctions related to events in the Ukraine and Crimea.

“We can only once again express regret and misunderstanding over this destructive persistence of our U.S. colleagues,” Peskov said.

In 2014, the United States and the European Union imposed sanctions on Russia over the Ukrainian crisis and Crimea’s reunification with Russia.

Some Russian officials were barred from entering EU countries and the United States. Also, their assets were frozen, and trade, financial and military restrictions imposed.

On Tuesday, President Barack Obama added sanctions against companies and individuals linked to the Crimea reunification.

The United States said these sanctions are not a response to the cyberattacks.

Peskov also said he did not know whether Putin would seek re-election in 2018.

“Everyone’s heads are aching because of work and with projects and nobody is thinking or talking about elections,” Peskov said.

Trump, who’s called Putin a better leader than Barack Obama, has said he may consider recognizing Russia’s annexation of Crimea from Ukraine and lifting the curbs.

Regarding the sanctions, Trump’s chief of staff Reince Priebus told MSNBC’s Morning Joe last week to “just wait and see” but that sanctions, if they are in place, need to be enforced.