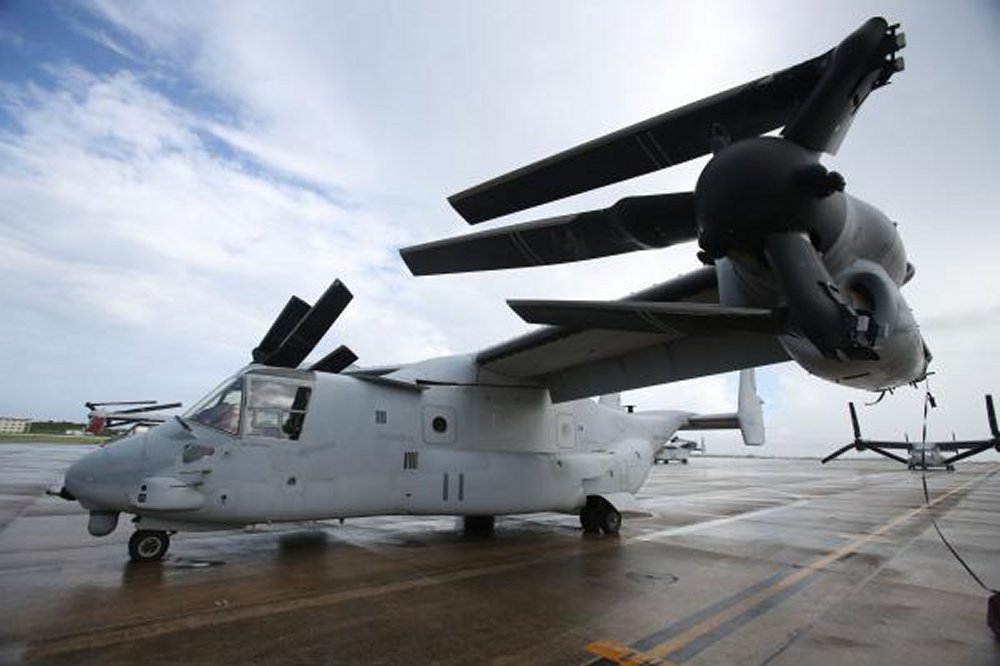 U.S. Forces Japan announced the formal ceding of some of its territory on Okinawa to Japan on Wednesday, while protesters remained unimpressed.

A post-World War II treaty allows a buildup of U.S. defense facilities and forces on the islands of Okinawa, Japanese territory in the East China Sea. In what is billed as the largest return of U.S.-occupied territory since 1972, nearly 10,000 acres of a U.S. base will be returned to Japan on Thursday. A ceremony in Nago, Okinawa’s major city, is scheduled, and both Japanese Prime Minister Shinzo Abe and U.S. ambassador to Japan Caroline Kennedy have called the handover a strengthening of relations between the two countries.

The agreement to cede territory comes with the construction, at the Japanese government’s expense, of six new helipads to serve the U.S. military’s Osprey MV-22 aircraft. Opponents of the arrangement have cited environmental concerns, noise issues, concerns that the Osprey’s design is inherently dangerous, and for some, a discontent with the continuing U.S. presence on the island. The Dec. 13 crash of an Osprey last week, a flight which took off from Okinawa, heightened local worries.

Two new helipads were built in 2014, but construction was stopped by massive protests. Construction resumed in July this year, but sit-in protesters have clashed with police. Critics have said the agreement to have territory revert back to Japan involves less-than-useful land in exchange for new helipads.

“We feel betrayed by the [Japanese] government,” Takashi Kishimoto, a spokesman of Peace Okinawa, told CNN. “From our point of view, the U.S. military are giving back something they don’t want while having new Osprey runways built. Okinawa alone is host to 74 percent of the U.S. military bases in Japan. The return of this land only reduces this presence to 71 percent.”