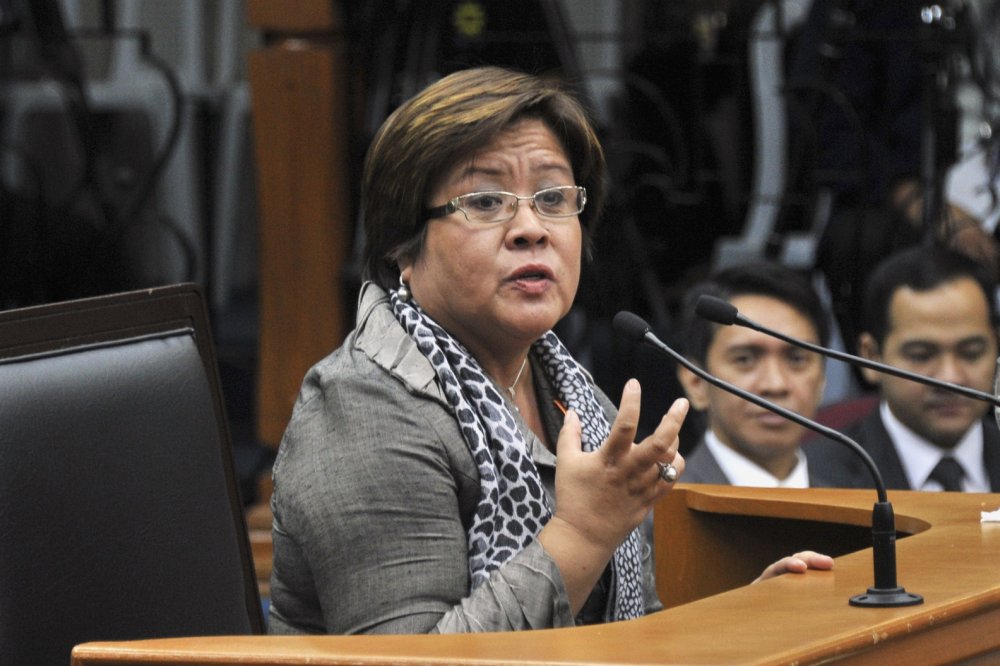 Philippine Sen. Leila De Lima was indicted Wednesday on an obstruction of justice charge for allegedly suggesting to her former driver that he not testify on the country’s illegal drug trade.

De Lima, 59, a human rights activist, former Justice Department secretary and critic of President Rodrigo Duterte’s anti-drug campaign, was cited for disobedience of a summons issued by the Philippine House of Representatives. The Justice Department found probable cause for the obstruction charge in her advice to former driver and bodyguard Ronnie Dayan; he did not appear at a House hearing to testify on the illegal drug trade within the Bilibid, the country’s largest penitentiary.

De Lima admitted she advised Dayan not to testify.

The charge against De Lima, an opponent of Duterte’s methods to combat illegal drug use, is a minor offense, but she can be imprisoned for up to six months if found guilty.