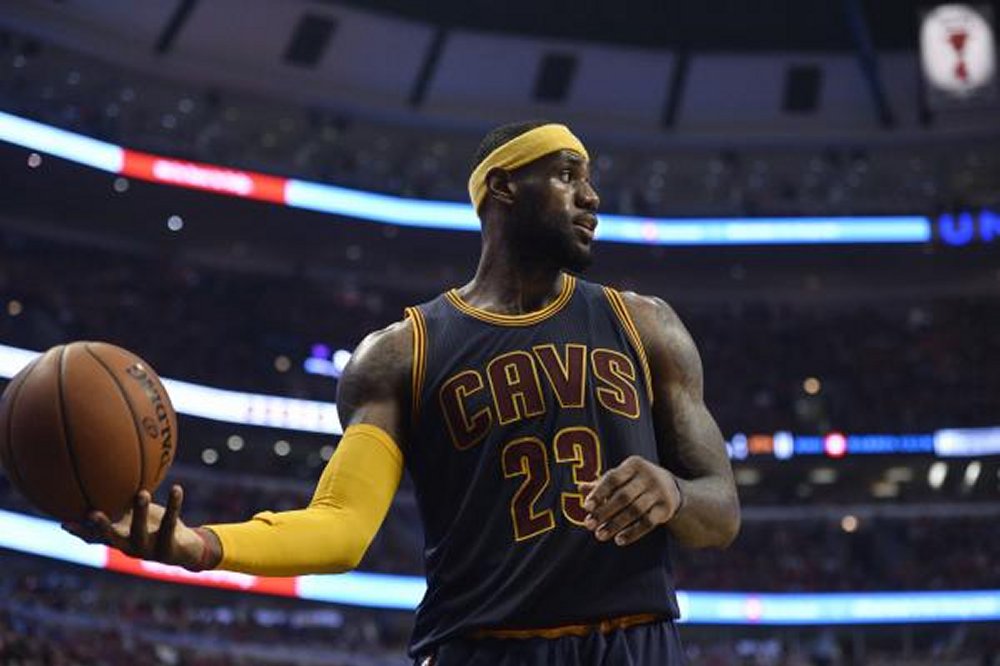 Less than a month after being so thoroughly dominated by the Milwaukee Bucks that he and the rest of the Cavaliers’ starting lineup rode the bench for the final quarter, LeBron James got his revenge Tuesday.

James hit the game-clinching 3-pointer with 28.1 seconds left in overtime and finished with 34 points while leading the Cavaliers to a 114-108 victory over the Bucks.

“It’s a big time for our team,” James said. “It was a great road win. We know this team plays us tough every single time, so it was a big win for us to come in here and get a win in a building that we didn’t play well in last time and they beat up on us.”

For a while, it looked as if the Cavaliers might have an easy go of things. They raced out to an early, 15-point lead and led by eight after one quarter. The Bucks shot 61.9 percent in the first period, but Cleveland knocked down 5 of 7 3-pointers.

“We try to drive and kick and just take the open available shot,” said Channing Frye, who scored 15 off the bench for Cleveland.

Three-point shooting turned out to be the tipping point: The Cavs only shot 40.7 percent for the game overall but knocked down 17 threes. Milwaukee connected at a 46 percent clip but made just seven of 27 attempts from long distance (25.9 percent).

“It’s just the way the game goes,” Bucks coach Jason Kidd said. “You’re going to make some shots, you’re going to miss some shots. There were a lot of threes being taken. For us, our strength is in the paint. We need to be able to finish, and tonight we didn’t finish when we had to.”

The Bucks did dominate inside, outscoring Cleveland 54-28 with a 51-43 advantage on the boards. However, Milwaukee was also plagued by a number of missed layups that allowed Cleveland to maintain the lead down the stretch.

Antetokounmpo had only seven in the first half but made a pair of free throws with 8:15 left in the third to tie the game at 62. The Bucks pulled ahead by four but came up empty on three straight possessions and Cleveland evened the score at 71 on a driving layup from Irving with 4:36 left in the quarter.

Antetokounmpo hit 3-pointers on back-to-back possessions to get Milwaukee within two with 6:37 to play. An Irving 3-pointer with 2:32 to go put the Cavs up 100-93, but a short bucket from Greg Monroe and a 3-pointer from Tony Snell made it 100-98 with 47.3 seconds remaining.

Henson rejected James with just under 30 seconds to go. Cleveland missed two attempts on the ensuing possession with Henson grabbing the rebound of Channing Frye’s missed layup, giving the Bucks the ball with 22.1 seconds to play.

Parker tied the game at 100 on a driving baseline layup, and Irving missed a 28-footer, forcing overtime.

“We came out really good in the third quarter,” Parker said. “The momentum played in our favor at the end of the second, and we really gave ourselves a chance.”

Antetokounmpo had six points in the extra session but fouled out with 28.1 seconds remaining. James responded with a dagger from 33 feet that put the Cavs up for good.

“I saw my man,” James said. “He went under on the handoff. It’s something I practice before the game. It’s something I do on practice days. I was shooting the ball extremely well tonight from the perimeter, so I trusted it. (I) trusted what I’ve been doing, the work I’ve been putting into it and knocked it down.”

Milwaukee had chance to tie when Parker went to the line with 19.1 seconds left, but he missed both shots. The Cavs sank 4 of 4 foul shots the rest of the way.

“It was disappointing,” Bucks guard Malcolm Brogdon said. “It was a game that we started slow but we fought our way back in. I thought we were going to finish it, but LeBron hit some big shots and made some plays.”

Cavs G J.R. Smith left the game with a right thumb injury in the second quarter and did not return. Images taken at the arena were inconclusive, and he will be re-examined Wednesday in Cleveland, the team announced. ESPN reported that the team fears he broke his thumb.

Cavaliers F Kevin Love was unavailable Tuesday because of a left leg contusion he sustained Saturday against the Lakers. Richard Jefferson started in place of Love and scored eight points.

Milwaukee coach Jason Kidd used the same starting lineup for a 12th consecutive game, but the Bucks were without reserve F Michael Beasley, who missed his third straight contest because of a sprained left foot.