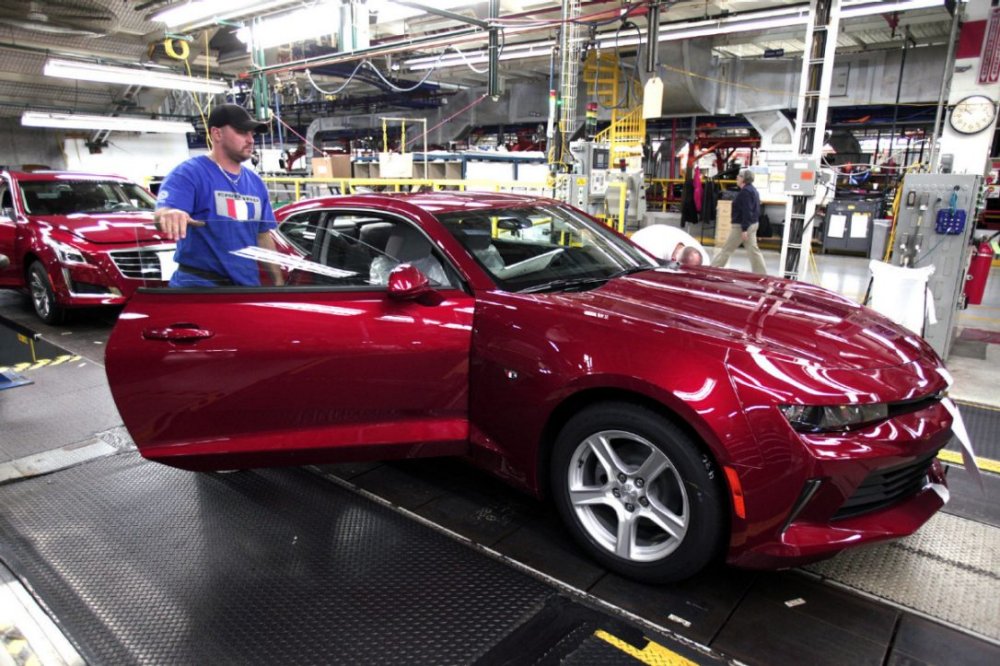 For unionized autoworkers, even amid a booming U.S. market, the only safe jobs of late have been building pickups and sport utility vehicles.

Within the next month, General Motors plans to permanently cut about 3,300 employees at three car plants, as the largest U.S. automaker slashes production of models including the Chevrolet Cruze compact. The Detroit-based company also plans to temporarily lay off employees across five of its U.S. car factories, while Fiat Chrysler Automobiles is trimming production at two plants in Canada.

Workers are bearing the brunt of a shift in consumer preference toward trucks that’s been swift enough to cost them their jobs, even as total U.S. vehicle sales flirt with last year’s record. With cheap gasoline spurring demand for more fuel efficient SUVs and pickups, automakers have been forced to dial back car output to address swelling inventory.

“It’s a pendulum and now it’s shifting our way,” said Glen Johnson, president of United Auto Workers Local 1112 in Lordstown, Ohio, where 1,200 workers making the Cruze will be dismissed next month. “It wasn’t that long ago that gas was $3.50 a gallon and we were feeling for our friends in truck plants.”

GM’s plan to cut 1,300 workers at its Detroit-Hamtramck car plant was disclosed Monday in an official notice to the state of Michigan. The factory makes the Chevrolet Impala, Buick Lacrosse and Cadillac CT6 sedans, as well as the Volt plug-in hybrid.

In November, GM said it planned to end a third daily shift building Cruze in Lordstown and dismiss 800 employees at its factory assembling the Chevrolet Camaro and Cadillac CTS and ATS models in Lansing, Mich.

“It’s all car plants,” said David Whiston, an analyst for Morningstar Inc. “Compact cars and sedans are out of favour, so you have to cut the production.”

In using shorter-term shutdowns in January, GM is trying to reduce inventory from an almost 90 days supply to about 70 days by the end of next month, according to Dayna Hart, a company spokeswoman. In addition to the factories in Detroit-Hamtramck, Lansing and Lordstown, the plants being idled are in Bowling Green, Ky., and the Fairfax industrial district of Kansas City, Kan.

The consumer shift from cars to crossovers and trucks “is projected to continue,” Hart said in an email. “We are adjusting stock imbalances.”

Several of the cars GM is dialing back production on have been redesigned or are new to the market, including the Buick Lacrosse and Cadillac CT6, Whiston said. It’s rare for automakers to cut production of recently introduced models because consumers usually are keen to buy fresh designs, he said.

Fiat Chrysler said it’s adding four off days following the Jan. 2 observation of New Year’s Day at plants in Windsor and Brampton, Ont. The moves are to align production with demand, Jodi Tinson, a company spokeswoman, said in an email.

The automaker has already stopped making the Dodge Dart and Chrysler 200 sedans. A Fiat Chrysler factory in Belvidere, Ill., will make its last Jeep Compass and Patriot models this week and retool for Jeep Cherokee SUV production, Tinson said.

Ford Motor Co. said in October that it was cutting production at plants that make the Escape compact SUV and F-150 pickup.

As automakers start to slow assembly lines, trucks and SUVs continue to sell at record levels. In November, total light-vehicle sales rose 3.7 per cent to 1.38 million, a record for November, according to researcher Autodata Corp. The month’s annualized sales rate, adjusted for two extra selling days this November, beat expectations at 17.9 million vehicles.

While some workers are losing out, GM said in October it will hire 650 workers at an SUV plant in Spring Hill, Tennessee, which once made cars for the defunct Saturn brand. Laid off workers could apply for jobs at other plants, GM’s Johnson said.

Many customers who might have otherwise bought a Cruze compact are driving home in the Chevrolet Trax small SUV, said Duane Paddock, owner of Paddock Chevrolet in Buffalo, N.Y. This year, Cruze sales through November have plunged 18 per cent to 171,552. Deliveries of the Trax have climbed 23 per cent to 71,009.

“With the Trax, we’re killing it,” Paddock said. “The Cruze and Malibu are great products. We’re just seeing people go to SUVs.”

The Trax’s success is positive for GM, but not for workers in Lordstown. GM builds the model in Mexico.

Spike in gas prices ahead of U.S. holidays