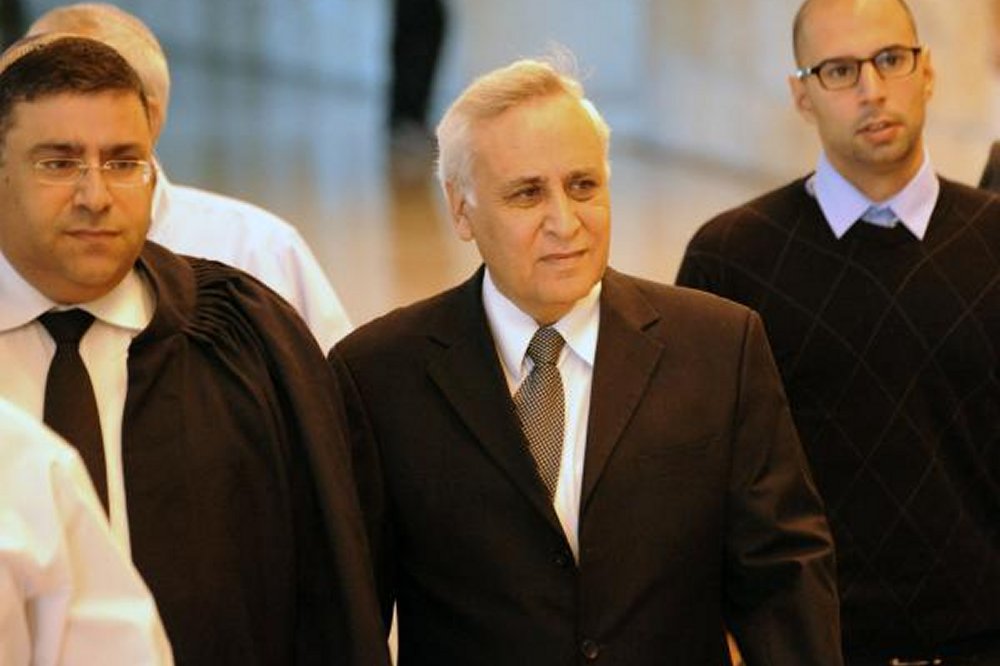 Katsav, 71, left Ma’asiyahu Prison, a minimum security penitentiary in Ramla, accompanied by his wife. Israel’s parole board granted an early release on Sunday but delayed implementation so prosecutors, who opposed the early release, could file an appeal. He was freed after the state prosecutor’s office dropped its objection to the release.

Katsav served as president of Israel from 2000 to 2007. In 2010 he was convicted of sexually assaulting and raping a former employee of the Israeli tourism ministry. He was also found guilty of sexually harassing two women and the assault of one of them at the presidential residence. He was also convicted of obstruction of justice and imprisoned in 2011.

Under the terms of his release, Katsav will begin a prisoner rehabilitation program when he returns to Kiryat Malachi, his hometown. He is forbidden to work in positions where he has authority over women, cannot give interviews and will be under daylight house arrest for two years.

Prosecutors challenged Katsav’s early release, saying he offered no expression of remorse or of guilt. However, Israel Radio said he admitted at a parole board hearing last week that he acted “inappropriately,” adding that he cried and said he need to change his behavior, the Times of Israel reported Wednesday.

3,000 stranded in freezing temperatures as they leave Aleppo