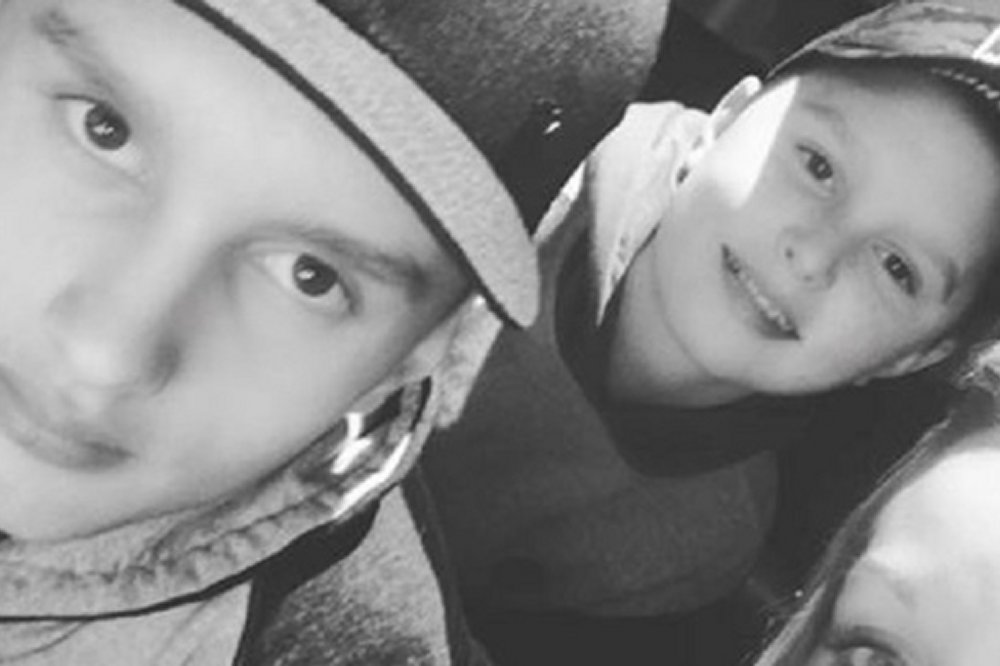 Police have confirmed that two young boys found dead inside their home in Spruce Grove, Alta., were killed by their father, who took his own life after the double murder.

Ryder, 13, and Radek MacDougall, 11, were found dead when their mother, Tracy Stark, and their stepfather Brent arrived at the home on Monday. After knocking on the door and finding no answer, the couple called 911.

On Tuesday night, Spruce Grove RCMP confirmed that the incident was a double murder-suicide.

“This is a horrible tragic loss to Spruce Grove and our hearts and prayer go out to the family,” said Sgt. Jack Poitras in a statement.

Hockey sticks, flowers, toys and cards have been set outside the home in a makeshift memorial to honour the brothers, who are remembered by friends and loved ones as avid hockey players who had a flair for humour.

The father has been identified as 39-year-old Corry MacDougall. The boys’ stepfather told CTV Edmonton that their “beautiful young lives were snuffed out by a coward.”

“These were good, young kids that had a lot of life left in them and it was taken away too soon,” Brent Stark said.

Stark said the boys’ mother was the primary parent, but allowed the children to move in with their father for the school year at their request to pursue sports more seriously.

Stark said there were no warning signs before the deaths.

“None at all. There was no inkling or anything to the fact,” he said.

Guns were seen being removed from the home by police officers, and one said they were being taken in as evidence but would not confirm whether they had anything to do with the deaths.

The sudden deaths have shaken the community. Classmates and teammates stopped by the memorial throughout the day on Tuesday to remember their friends.

A few boys said they last saw Ryder Sunday night when they played hockey together.

“It’s darn near impossible to comprehend it. It shocked me, probably shocked a whole lot of other people,” said Hayden Rake, Ryder’s teammate.

Adam Berthiaume, another teammate, described the older brother as an uplifting presence on the team.

“He was really funny. Whenever the team was down, he brought us all up again,” Berthiaume said.

Some children stayed home from school Tuesday to cope with the grief. One young girl who stopped by the memorial recalled Radek as someone who “always made everybody laugh.”

She picked out blue roses to place at the memorial, she says, because “that was one of his favourite colours.”

A trauma team was set up at the boys’ school, Greystone Centennial Middle School, to help staff and students cope with the grief. The school lowered its flag to remember the young brothers.

“I think we try to keep as much normalcy as possible, but we certainly have opportunities if students need to step out and cope in a different way. We have the people there to help deal with that,” said Eric Cameron, chair of the Parkland School Division Board.

Candlelight vigils have been organized across the community to remember boys. One was planned at Tracy Stark’s home in Whitecourt, Alta. on Tuesday, and another has been planned for Thursday at a hockey arena.

A neighbour who lived across the street from the MacDougalls said his sons were close friends with the boys, and he spent the day with his children honouring Ryder and Radek.

“We just wanted to head out to the outdoor rink and play a bit of shinny and shoot the puck around a little bit and remember the boys,” said neighbour Jarl Nome.

“My heart is breaking for you and your family. Praying for you all,” wrote one Facebook user.

“Our deepest condolences. There are no words for this,” wrote another.

Trudeau: I will defend Canadian interests if Trump goes too far