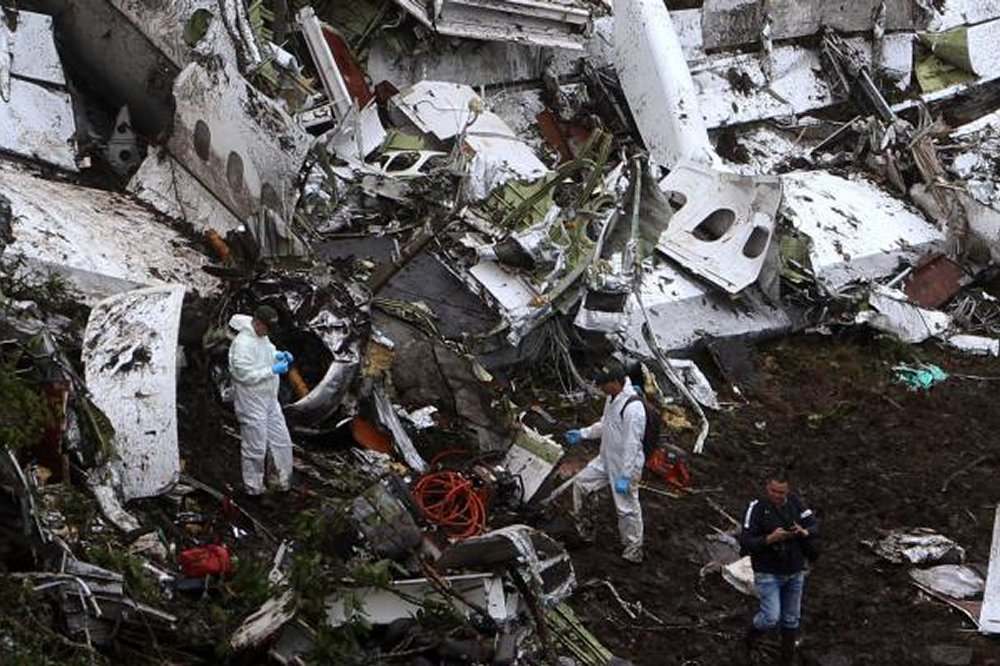 “After investigations, we have concluded the pilot of the plane and the airline LaMia are responsible for the crash,” Claros told reporters on Tuesday.

During an interview with the No Lies program, Claros said a LaMia shift supervisor and a regional director in Santa Cruz are now under investigation. Claros denied any alleged links between LaMia and President Evo Morales.

“We rely on serious, objective information and there is no presumed relationship between the president and the company LaMia,” Claros said.

Claros said legal procedures are being initiated against authorities working for the Directorate General of Civil Aviation and the Administration of Airports and Auxiliary Services of Air Navigation who allegedly evaded carrying out their duties.

The LaMia Flight 2933 charter plane, headed from Bolivia to Medellin for the championship match of the Copa Sudamericana, crashed Nov. 28 into mountainous terrain near Rionegro, Colombia. Most of the victims were members of the Chapecoense Brazilian soccer team — 19 of which were players and 25 of which were team executives. Six people survived.

Previously, Bolivian Minister of Defense Reymi Ferreira said the pilot of the doomed plane was a “murderer.”

Ferreira said there were no mechanical or technical failures in the tragedy — just the pilot’s negligence. Ferreira said the pilot, who was a part owner of LaMia Airlines, also did not immediately reveal that the plane was in an ongoing emergency due to limited fuel to avoid facing sanctions against the company.