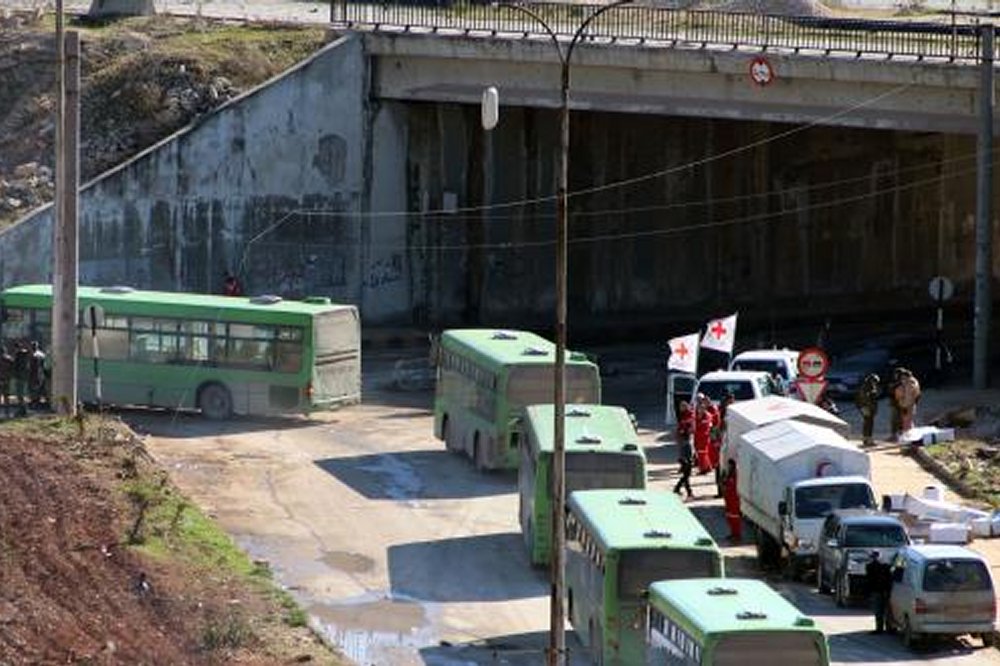 The final departure of more than 37,000 people from the besieged city will be completed by Wednesday, Turkish Foreign Minister Mevlut Cavusoglu said Tuesday. The evacuations are being conducted under an agreement negotiated by Russia and Turkey which called for people to leave Aleppo and two villages in Idlib province that were under rebel attack. The complete evacuation of the enclave of east Aleppo, held by rebels for the past four years, will give full control of the city to Syrian President Bashar al-Assad. Aleppo was a holdout of rebel resistance in Syria’s six-year civil war.

“Intense diplomacy [is] ongoing with and between parties to resume vital evacuations from east Aleppo and Fuoa and Kefraya. The vulnerable [are] waiting in the cold,” Jan Egeland, the head of the charity Norwegian Refugee Council, said on Twitter.

The Syrian Observatory for Human Rights said 60 buses were standing by to evacuate, but the buses were held up due to an undetermined, last-minute snag in the evacuation agreement, Voice of America reported.

An unidentified British activist sent a message Tuesday from an Aleppo departure point reading “People’s situation is extremely difficult, because of cold and shortage of water and food supplies. Forced evacuation is suspended and people can’t leave buses. The situation cannot hold until morning,” the newspaper the Guardian reported. It added that BBC Radio said at least four babies “died in the freezing cold” awaiting a bus trip from Aleppo.

Many of the refugees are heading to Idlib province to stay with relatives or in displacement centers. In leaving the freezing war zone, many of those departing are malnourished and have health problems after living without access to medical facilities, the Guardian said.