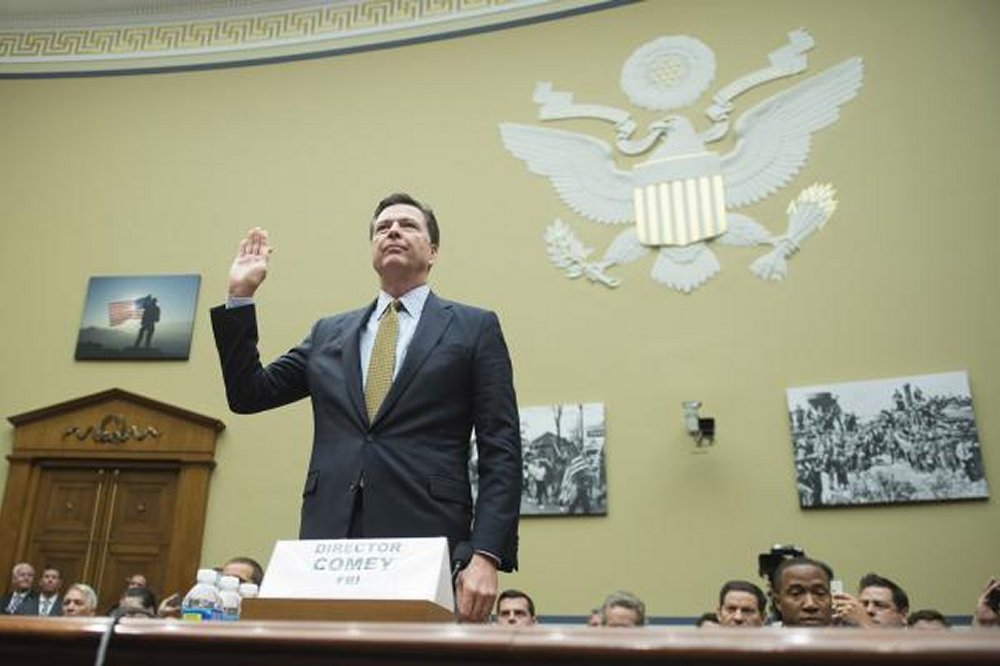 Court filings submitted by the Federal Bureau of Investigation a week before the U.S. presidential election — seeking a warrant to examine potential new evidence related to Hillary Clinton’s email use — were released Tuesday, and detail the bureau’s case for making the highly criticized move so close to the Nov. 8 vote.

At the end of October, FBI Director James Comey said in a letter to Congress that agents were examining a laptop belonging to former Rep. Anthony Weiner, the estranged husband of a Clinton aide, for possible evidence “pertinent” to the Clinton email probe that resulted in no charges nearly four months earlier.

The surprise move by the bureau angered the Clinton campaign and many Democrats, who felt such a potentially detrimental act so close to the election could gravely harm the former secretary of state’s White House bid.

Then, the FBI announced two days before the election that no new evidence was found on the laptop to change its previous assertion that charges against Clinton weren’t warranted.

The filings for those warrants were unsealed Tuesday after a judge’s order in U.S. District Court in New York.

The 21 pages detail the probable cause the FBI laid out for the new warrants in searching Weiner’s Dell Inspiron laptop and its 1-terabyte hard drive, which agents apparently believed could contain digital evidence related to the Clinton investigation. Weiner was married to Clinton aide Huma Abedin.

When the FBI announced the new search on Oct. 28, it was roundly criticized by Clinton and Democrats, particularly because Comey refused to say exactly what agents were looking for or what prompted the search in the first place.

“We are 11 days out from perhaps the most important national election of our lifetimes. The American people deserve to get the full and complete facts immediately,” Clinton said at an Iowa rally that day. The warrant was granted Oct. 30.

As expected, the warrant documents unsealed Tuesday show that agents were looking for activity related to Clinton’s email use that violated federal law — evidence they believed could be located in emails, system files, logs, system codes, documents and database files on Weiner’s computer.

The warrant request said agents were also looking for any information on the laptop that might identify who accessed classified information on it and determine whether any “activity related to computer intrusion” had occurred.

The filings contained affidavits by FBI agents who based the warrant requests on “evidence of a crime, contraband, fruits of crime, or other items illegally possessed.” The agents’ identifying information was redacted in Tuesday’s release.

After Comey announced the reexamination, some Democrats stated their belief that the FBI director may have violated the Hatch Act — a federal law that prohibits most employees of the federal government from influencing an election. Critics also said Comey broke a long-standing unofficial policy at U.S. law enforcement agencies that bars publicizing investigative actions relevant to candidates within 30 days of an election, for fear such acts could adversely affect the vote.

The U.S. Department of Justice even advised Comey against making such a potentially harmful move so close to the election.

In the filing, though, the FBI said it treated the development as it would in any other investigation.

“As with any case, if new pertinent information comes to light after an investigation is completed, the FBI will take appropriate investigative steps to determine the significance of that information,” an agent’s affidavit in the document states.

John Podesta, former chair of Clinton’s campaign, said in an op-ed in The Washington Post last week that “something is deeply broken at the FBI” when one compares the bureau’s actions in the Clinton case versus its “lackadaisical” response to claims the Russian government attempted to sway the vote in Trump’s favor.

“Of course, as Comey himself concluded, in the end, there was no case; it was not even a close call,” he wrote.

“Comey justified his handling of the email case by citing ‘intense public interest.’ He felt so strongly that he broke long-established precedent and disregarded strong guidance from the Justice Department with his infamous letter just 11 days before the election,” he continued. “Yet he refused to join the rest of the intelligence community in a statement about the Russian cyberattack because he reportedly didn’t want to appear ‘political.'”

U.S. District Court Judge P. Kevin Castel on Monday ordered the warrant unsealed by 12:00 p.m. Tuesday unless an appeal was filed to delay the release. The Justice Department declined that opportunity.

“The judicial determination whether to grant a search warrant, and thus allow the government to enter and search private property, directly affects individuals’ substantive rights,” Castel, an appointee of President George W. Bush, wrote in his decision. “Documents that a court relies on in making this determination, such as affidavits, directly affect the court’s adjudication of those rights… The common law presumption of access to the search warrant and related materials sought by this applicant is thus entitled to great weight.”

Initially, the Justice Department opposed unsealing the documents due to potential privacy violations or other fallout. Castel, though, suggested the department present an approved redacted version that he would evaluate.

US extends sanctions against Russia over Ukraine – Treasury statement