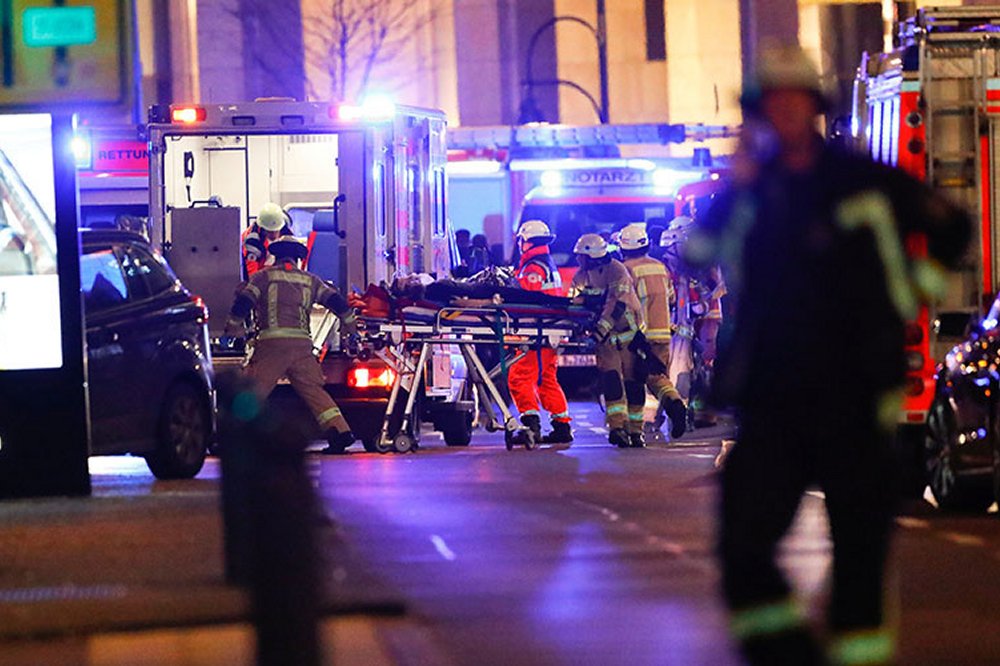 820Views
At least 12 people have been killed and several injured after a truck drove into a Christmas market in western Berlin in a suspected terrorist attack.
The Pakistani man who was arrested after the Berlin truck attack, was released as a result of insufficient evidence, according to the prosecution. The attacker could be still at large, police said earlier.

The German Federal Prosecutor’s Office has given a statement about the release of the suspect.

Holger Münch, the head of the federal criminal police office, said at a press conference on Tuesday that “we need to work on the assumption that an armed perpetrator is still at large. As a result of this we are on high alert.”

During a press conference on Tuesday, German Prosecutor General Peter Frank also expressed doubts as to whether the detained Pakistani was the perpetrator, urging investigators to begin their probe under the “assumption that the detained man was not the actual perpetrator and did not belong to the criminal group” that carried out the Berlin market attack.

Earlier Die Welt newspaper cited a high-ranking security source as saying that the Pakistani refugee was not involved in the attack.

“We have the wrong man,” Die Welt cited a Berlin police official as saying. “And thus a new situation. The actual perpetrator is still at large and armed, and can inflict more damage.”